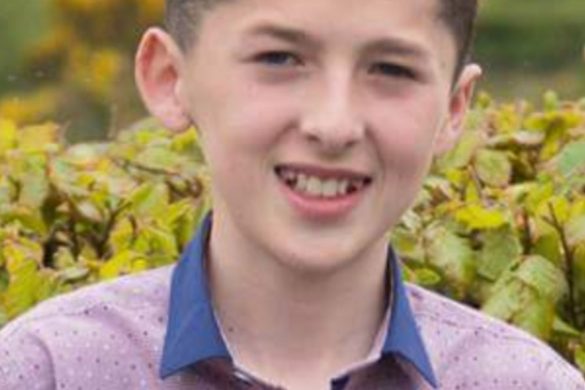 A heartbroken mother has told how she found her 14-year-old son dead under a car after he took it for a drive while she was away swimming.

Evelyn Doherty relived the tragic moments when she found her “best friend” and eldest son Jamie dead on a bog road in Co Donegal on June 18th, 2018 at his inquest at Letterkenny Court.

Evelyn and her other two sons had gone swimming at 3.25pm at the nearby Redcastle Hotel and she has arranged for Jamie to stay at her parent’s home at Clar, Redcastle.

The mum-of-three, from Moville, returned with her sons around 5.20pm but her son was not at her parent’s home.

She said she learned her son had gone to see his girlfriend in a family car and she was not happy.

She tried to call her son but there was no reply from his mobile and herself and other members of the family went to look for Jamie.

She said “I knew something was wrong as Jamie never disobeyed me,” she said.

Mrs Doherty said she drove up a bog road at Tullyalley, Redcastle and was asking herself what would take Jamie up this road.

She then came across a car and realised it was upside down and recognised it as a black Renault Clio belonging to the family.

She said she could see Jamie’s legs and feet sticking out from underneath the car.

“I was calling out his name. I thought he was either hurt or okay. When I got close and knelt down I knew Jamie was gone. I knelt down, touched him and cried.

“I asked God why my best friend was lying flat under the car,” said Evelyn

Other members of the family who had been out looking for Jamie arrived as they waited for an ambulance to arrive at the scene.

Mrs Doherty said the emergency service operator had asked her if she could put Jamie on his back and give him CPR but the heartbroken mum said her son had already died.

Retired Garda Seamus Lyons said the road was not in good condition and was mostly used by tractors transporting turf and said that nobody with a “good car” would use it.

Garda forensic evidence revealed that the car was in a serviceable pre-accident condition.

A forensic investigation of the scene showed the car hit a ditch and then flipped over trapping Jamie beneath.

The weather was not a factor in the collision as it was bright and dry.

A conclusion of the forensic investigation said that speed and driver inexperience were both factors in causing the crash.

Her evidence said Jamie’s death was due to a severe head injury caused by a road traffic collision.

Coroner Dr Denis McCauley said inexperience and speed were contributing factors and said this was simply a terrible accident.

He said Jamie’s death was due to a head injury as a result of a road traffic accident and said his finding was misadventure.

“A terrible thing occurred and it was just very sad for mum Evelyn to have found him like that.”