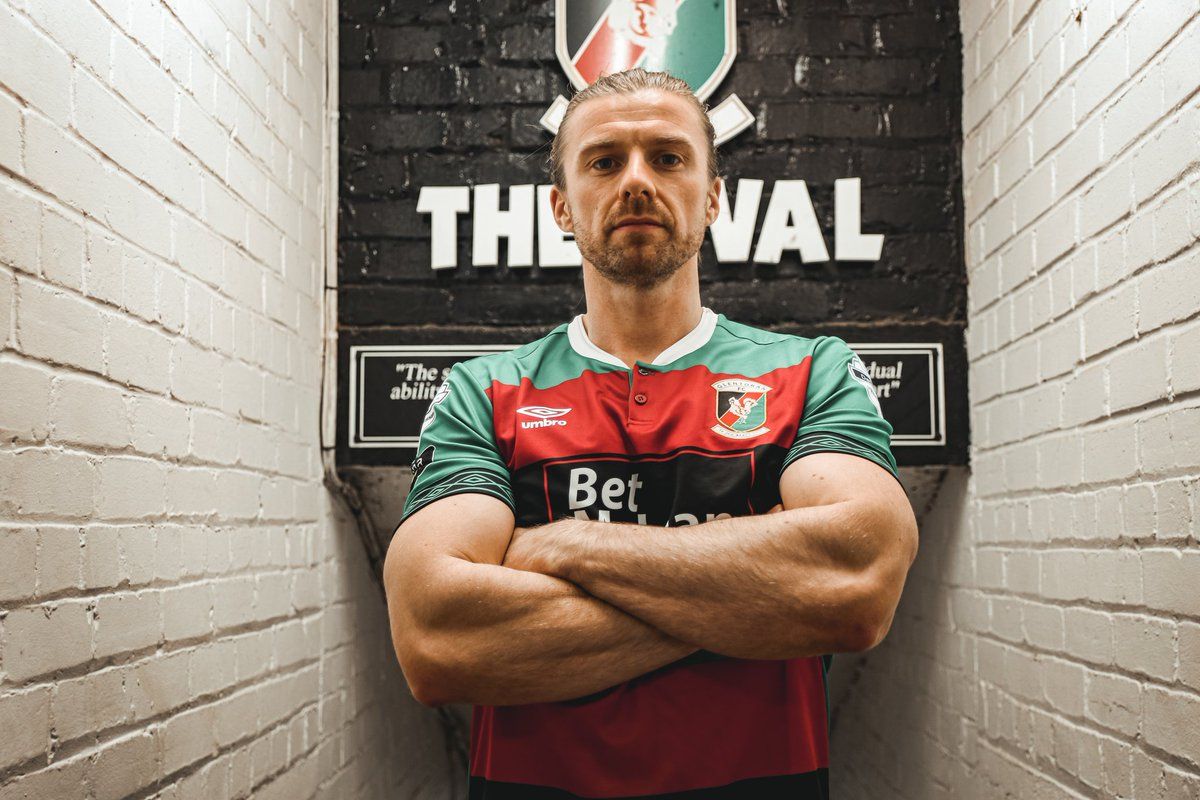 KEITH Cowan could be forgiven for pinching himself at how his Glentoran career has taken off.

Cowan was something of a surprise recruit to The Oval from Finn Harps in late 2019 but since the return from the Covid-19 lockdown, the popular defender has an Irish Cup medal and last week made his Europa League debut.

Now, Cowan and the Glens are set to face Motherwell on Thursday night.

Glentoran face the Scottish Premier League side at Fir Park in the first qualifying round of the 2020/21 Europa League.

“It’s been exciting and new and I’m enjoying it at the moment,” Cowan, an Irish Cup winner with the Glens last month. told Donegal Daily/Donegal Sport Hub.

“Winning the Irish Cup was absolutely brilliant. They offered me a new deal and the hard work starts now again so I have to go to another level.”

Last week, a Robbie McDaid goal was enough for the Glens to defeat HB Torshavn from the Faroe Islands at The Oval.

Cowan and the Glentoran rearguard held firm to secure a 1-0 win and tee up Thursday’s clash.

The Ramelton man said: “It was something I thought months ago that wasn’t part of the plan, playing in Europe. It’s a great conversation to be having and it’s something I will hold dear to me.

“It was great for me to be given the opportunity to be involved in these games.

“It’s a Cup final and we have to give it everything. We’re rank outsiders so we have nothing to lose.”