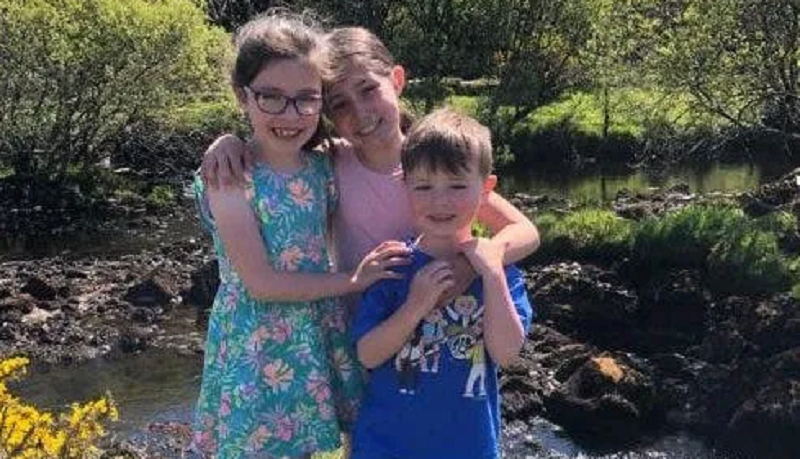 Community comes together to ‘dander’ for Danny, 5

Friends and neighbours of a five-year-old Glenties boy battling cancer will gather this Sunday to take part in a ‘Dander for Danny’.

The event is aimed to raise funds and awareness for five-year-old Danny McLoone who was recently diagnosed with leukaemia.

“Danny was diagnosed on Friday evening, June 26. He went to Dublin the following day and started treatment the next Tuesday,” his father Johnny McLoone said.

He was speaking from Our Lady’s Children’s Hospital, Crumlin, yesterday, where Danny was about to get his latest round of chemotherapy treatment.

“These past three weeks he has been brilliant because he’s been on the steroids. We’re moving forward and things are going well. The doctors are happy with him,” he said.

Danny, who is due to start school on Monday next, had been celebrating his uncle’s birthday when his mother, Geraldine, noticed that he was pale. 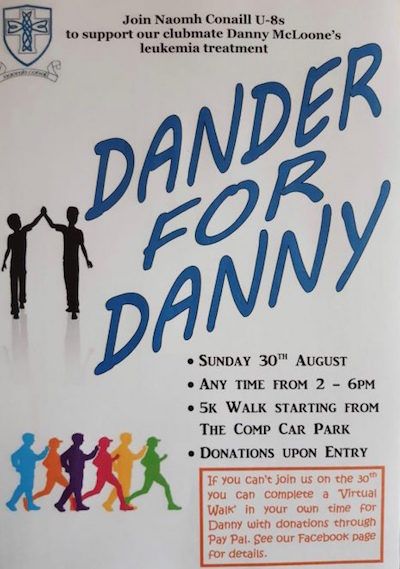 “Geraldine was very quick to spot it. It was a Friday afternoon and we took him to Letterkenny hospital after initially seeing the doctor. Bloods were taken and it showed up that night. We went to Dublin the next day and he started treatment on the Tuesday. It’s been a whirlwind and I don’t remember too much about these past few months to be honest,” he said.

The treatment in Our Lady’s Children’s Hospital is expected to last for the next three years.

“He’s got two older sisters Sarah and Eve and the three of them are very close – they’re five, six and seven. Whenever we come to Dublin he misses the girls. It’s had a big impact on the house,” he said.

“He was due to start school on Monday and while he mightn’t be able to attend all the time he may be able to go in for a few hours each week depending on the form. Covid is working well for us though with everyone having their masks on at school,” he added.

Johnny ‘The Butcher’ as he is affectionately known was a talented footballer with both Naomh Conaill and Donegal. Danny is a member of the club’s U8 group.

The Naomh Conaill U8s management team have organised the ‘Dander for Danny’ in support of his leukaemia treatment. It takes place on Sunday, August 30. The walk starts from the St Columba’s Comprehensive School car park in Glenties and participants go walk any time from 2pm to 6pm.

If you can’t come along, you are invited to complete a virtual walk in your own time and donate to the fund through the club’s Facebook page.

“We’re so thankful for all the help and support we have received over these past few months. Everyone has been so helpful, especially the staff in Letterkenny University Hospital who have been brilliant to us from day one,” he said.

Community comes together to ‘dander’ for Danny, 5 was last modified: August 28th, 2020 by Staff Writer