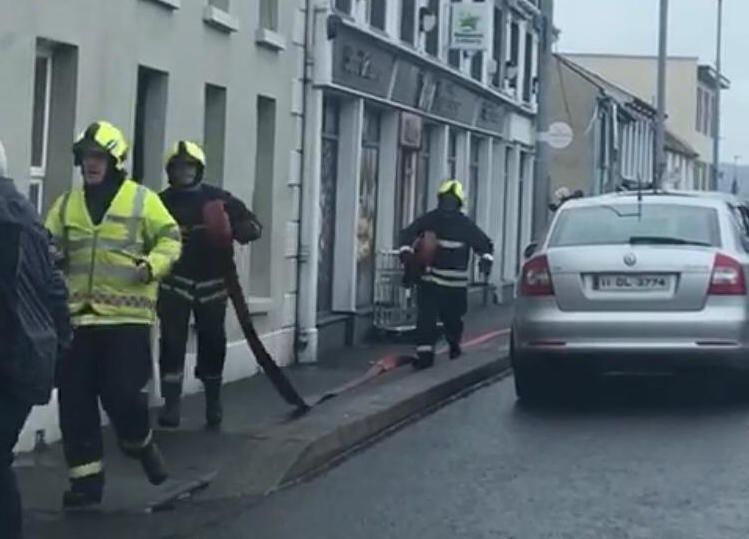 A large fire in a storage shed off Falcarragh’s Main Street broke out this evening.

The fire broke out in a shed at the rear of The Cope Supermarket around 6pm.

A large plume of smoke was visible for many miles.

At least two fire tenders from Falcarragh and Gaoth Dobhair attended the scene.

It is not understood that anybody was injured in the blaze but a considerable amount of damage was caused.

It is understood the blaze has now been brought under control.

A full investigation into the cause of the fire has been launched.