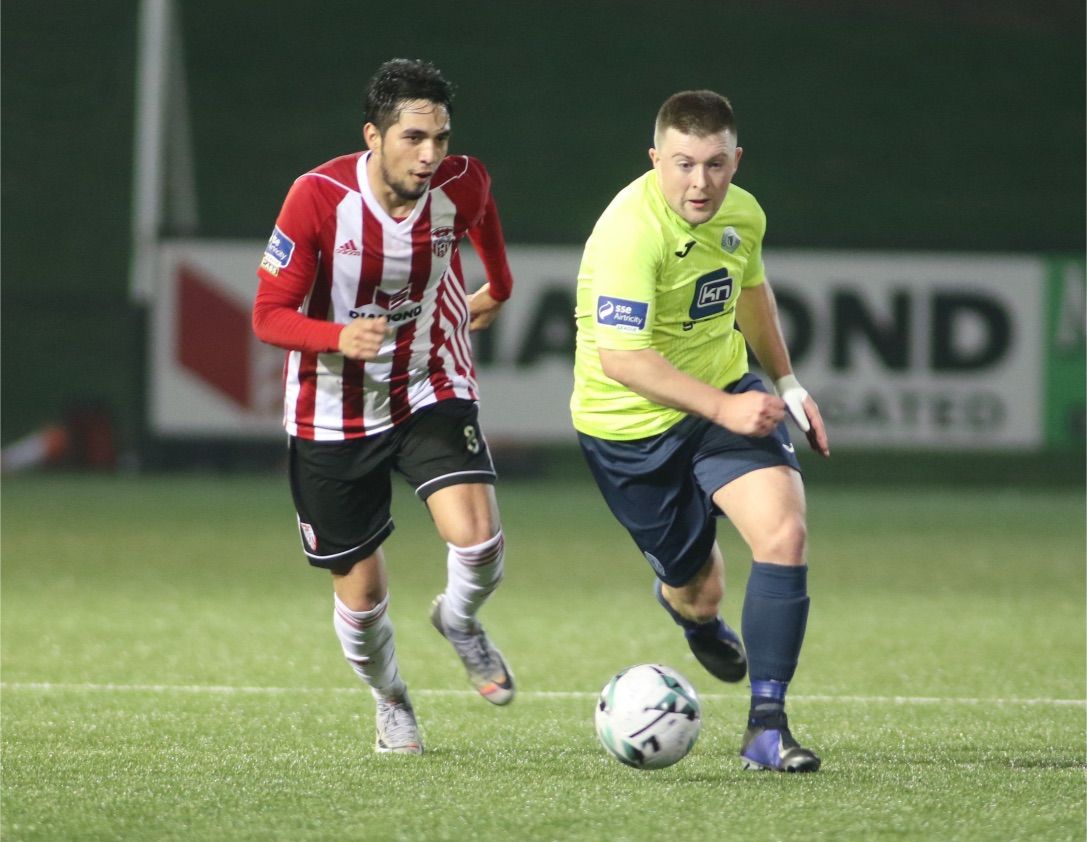 Finn Harps make the trip South to take on Bray Wanderers this evening with a FAI Cup Quarter Final berth at stake.

Kick-off at the Carlisle Grounds is 7.45pm. The game will be streamed live on the Bray Wanderers Facebook page.

Confidence in the Harps camp will be high after last weekend’s come from behind victory over Waterford, earning the club’s first points of the restart and lifting them off the foot of the table.

Despite coming into the game as underdogs, Bray will fancy their chances on their home patch. The Seagulls occupy third spot in the First Division and have kept clean sheets in five of their six games since football returned.

Harps boss Ollie Horgan is under no illusions about what to expect on Saturday night: “We need to be at our best to get anything out of Bray. It’s the reverse of the situation a couple of seasons ago where we were near the top of the First Division while they were near the bottom of the Premier and we managed to escape with a win after extra time.

They have a good mix of youth and experience and a lot of Premier quality players, the likes of Kilian Cantwell was with us before and Aaron Barry has been a standout at clubs like Derry and Cork. They’ll certainly be hoping to be promoted come the end of the season.”

It is just over two years since the sides last met in the aforementioned FAI Cup tie at the Carlisle Grounds. Bray led early but were eventually pegged back after Sam Todd converted from a corner. The game remained level at ninety minutes and it was Harps who pushed on in extra-time, with goals from Mikey Place and Jacob Borg sealing progression for the visitors.