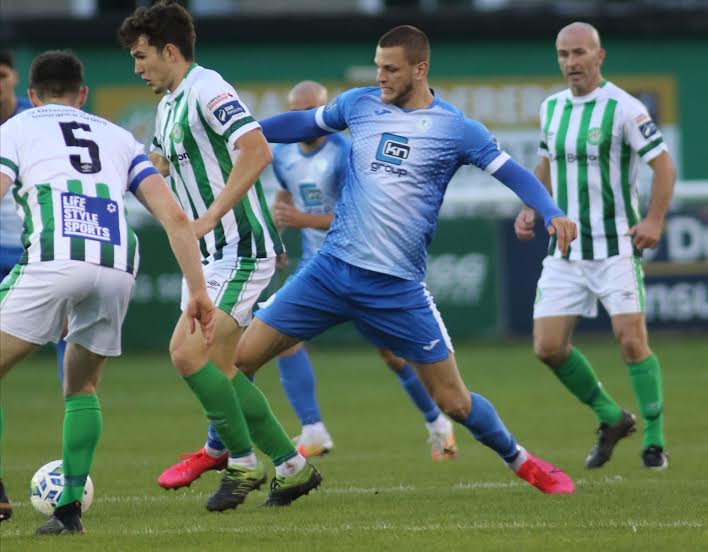 The rapidly darkening nights and the chilly wind fluttering in from the sea was evidence of the changing of the seasons. For Harps this strange, interrupted and uncertain campaign will now be lengthen by their presence in the last eight of the Cup, with the latter three rounds to be completed over three weekends in November, after the League season had ended.

Harps – who beat St Patrick’s Athletic 1-0 in the last round – took the lead in the 12th minute when Dave Webster’s long throw bounced all the way across goal and Kogler headed home from inside the six-yard box.

The striker’s goal was the first conceded in almost five hours by Bray, whose defence has been in mean form since the Covid-19 lockdown. 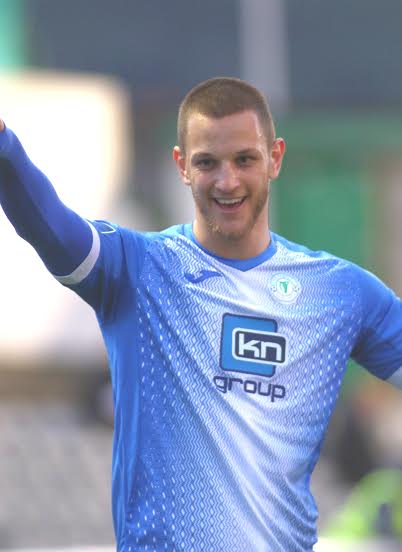 The First Division’s third-placed team arrived with confidence eye of upsetting the odds against the bottom-but-one side from the top flight, only for Kogler’s early strike to knock some stuffing from the hosts.

Kogler was on the mark again on 33 minutes.

Barry McNamee seized on a bad pass from Dylan Barnett to set Harps on their way. Mark Russell, playing in an unorthodox role through the middle again, fed Adrian Delap. The winger’s cross was perfect for Kogler, who cushioned a header beyond Bray net-minder Brian Maher.

Any aspirations of a Bray fightback were effectively quashed when veteran midfielder Paul Keegan – who replaced the injured Joe Doyle in the 14th minute – was sent off. Keegan, an FAI Cup winner with Drogheda 15 years ago, went in high on Russell and referee Rob Hennessy had no option but to reach for his hip pocket. 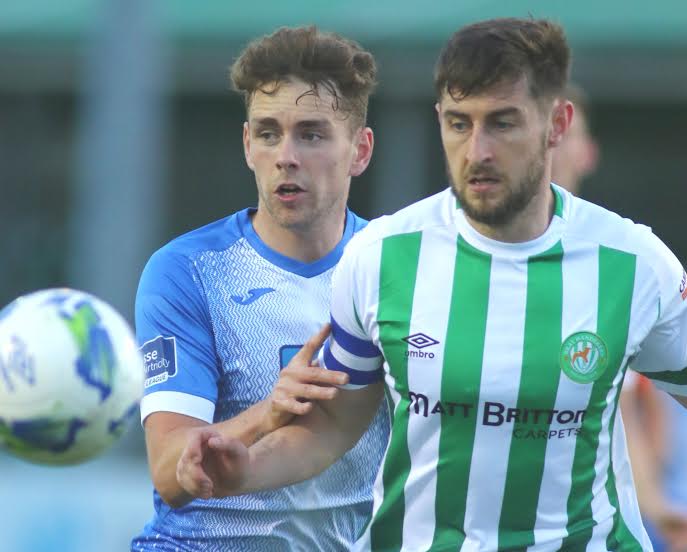 Harps bagged a dramatic and vital League win last Sunday when late goals by Kogler and Delap flipped the tables on Waterford. Kogler and Delap had both come off the bench at the RSC and were in from the off here, while Kosovar Sadiki was also elevate into the starting XI.

Raffaele Cretaro dropped to the bench while Leo Donnellan and Shane McEleney were absent from the squad.

Delap almost broke the deadlock in brilliant fashion just two minutes in, but a superb side-footed volley, from a Mark Russell cross, was just over the crossbar.

After the early concession, Bray began to play their way back into the tie.

Half-an-hour in, Callum Thompson’s dribble from deep ended with the midfielder being denied by a strong save from Mark Anthony McGinley, the Harps ‘keeper. 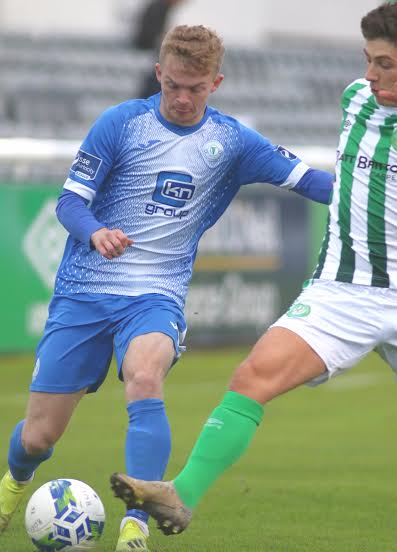 Yet, Kogler’s second of the night had the Harps toes tagged for the quarter-finals long before sub Adam Foley riffled across goal and wide in the final minute. 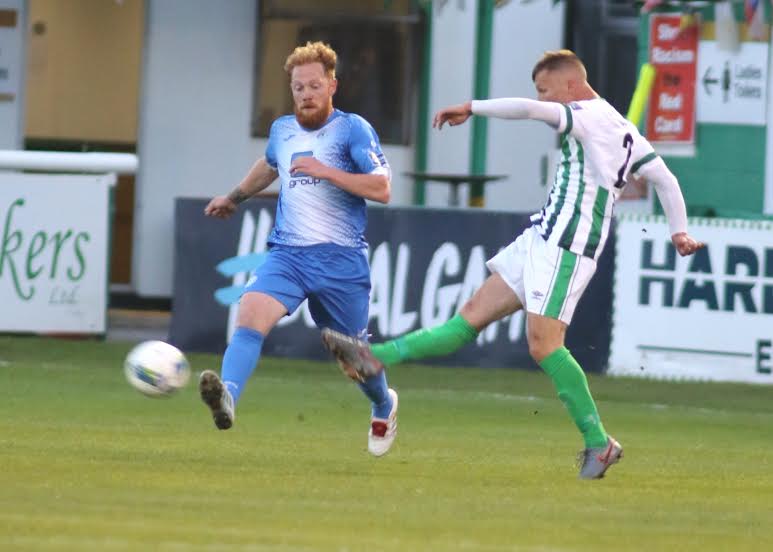