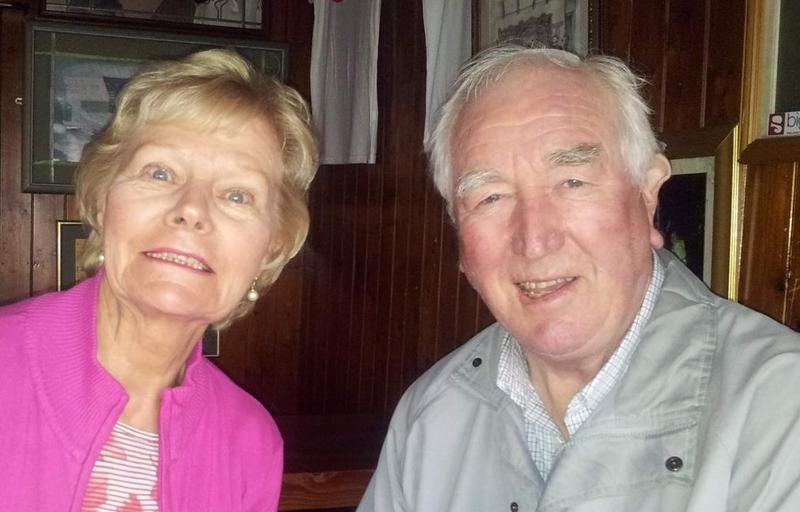 The son of a former Donegal-born Garda who died from Covid has slammed those who attended the Oireachtas Golf Society dinner.

Dom McGroddy’s father John passed away in a Dublin nursing home in early April and only 12 people could attend his funeral.

John was originally from Carrigart but moved to Dublin to become a Garda and later set up a successful DIY business in Swords.

“I am absolutely furious,” Mr McGroddy told the Irish Independent. “My father died from Covid and we had no event. Only 12 family members attended his funeral. Those who attended the event in Clifden have danced all over his grave.”

John and his wife Nell McGroddy, both residents in a Dublin nursing home, tested positive for coronavirus within days of each other.

The couple’s adult children watched from behind a glass window while their mother, who has since recovered, wore a mask and gloves to say goodbye to her husband.

“My mother was taken in by nurses to see my father one last time after he died,” said Mr McGroddy, “My sisters could only watch from behind a glass window while she held his hand.”

Mr McGroddy said his anger was directed at all those who attended the event on Tuesday night, not just those who had resigned.

“My kids couldn’t go to their grandfather’s funeral,” he said.

“I’m absolutely furious about all this, and feel like I’m screaming into a void, because I feel like some of these politicians and high-profile people absolutely don’t give a s**t about normal people,” he said.

“I just can’t believe 80 so-called intelligent people thought this could have been a good idea. They are laughing at us.”