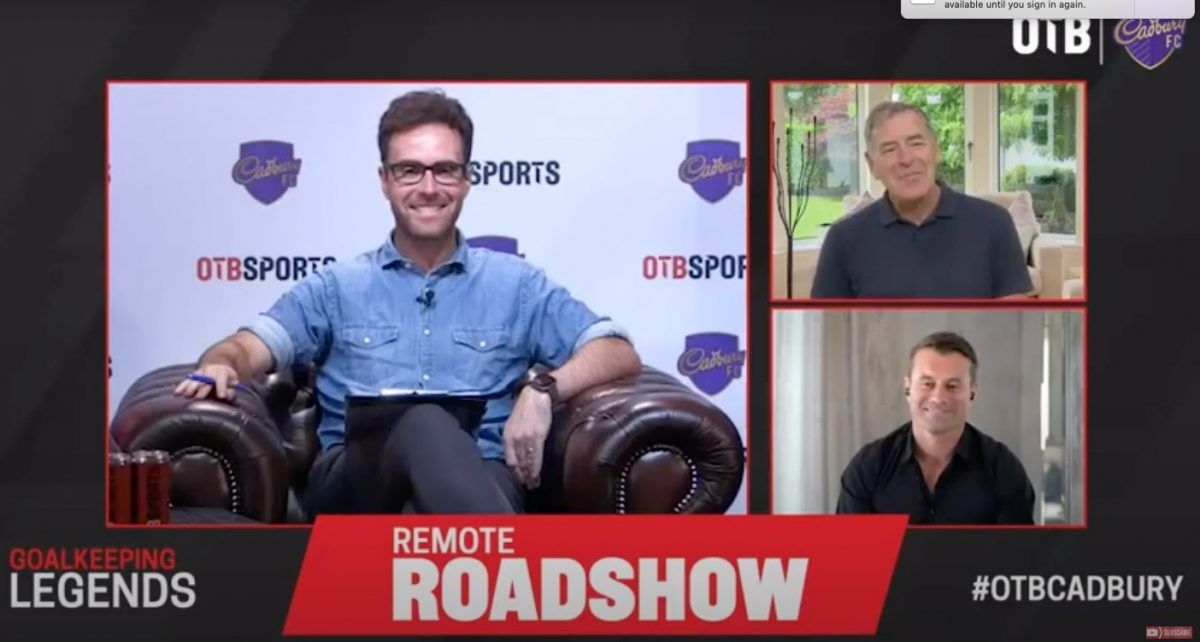 Watch: Packie Bonner and Shay Given shared the virtual stage on Off the Ball last night

Newstalk’s Off the Ball caught up with Donegal’s goalkeeper legends Packie Bonner and Shay Given for a one-hour interview that was aired last night.

Here’s how they described it:

A special roadshow brought to you with Cadbury FC. Joe Molloy joined by two Irish footballing greats in Packie Bonner and Shay Given. Shay and Packie talk us through their time at Glasgow Celtic, and working in pressurised environments and club and Republic of Ireland level.

Shay lets us into the times at Newcastle United, his beefs with Mike Ashley and Ruud Gullit, and the incredible man management skills of Sir Bobby Robson. We also hear the inside story of Roy Keane in Saipan, and the background of an argument with Sir Alex Ferguson at Manchester United OTB Sports, in partnership with Cadbury FC – are running a brand new series of in-depth chats with some of the biggest names in Premier League and in Irish football history.

Watch: Packie Bonner and Shay Given shared the virtual stage on Off the Ball last night was last modified: August 29th, 2020 by Alan Foley
FacebookTweetLinkedInPrint
Tags:
Newstalkoff the ballPackie BonnerShay Given