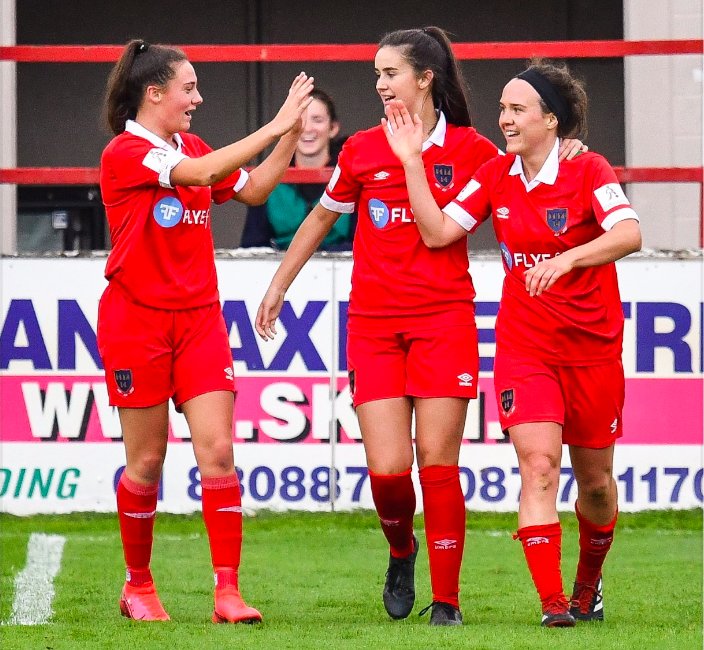 Grant, a former Republic of Ireland international, scored one of the goals as Shels defeated Wexford Youths 2-1.

The Letterkenny woman has been in fine form for Dave Bell’s team since the start of the new campaign.

Grant put the Reds in front after 13 minutes when a slice of luck saw her effort catch out the opposition goalkeeper.

It was a short-lived lead, though as Kylie Murphy drew Wexford level.

However, Shels won when Emily Whelan headed home in the second half, converting from Noelle Murray’s cross.

Niamh McLaughlin – who was on the scoresheet last weekend for Shels – replaced Grant in the 66th minute.