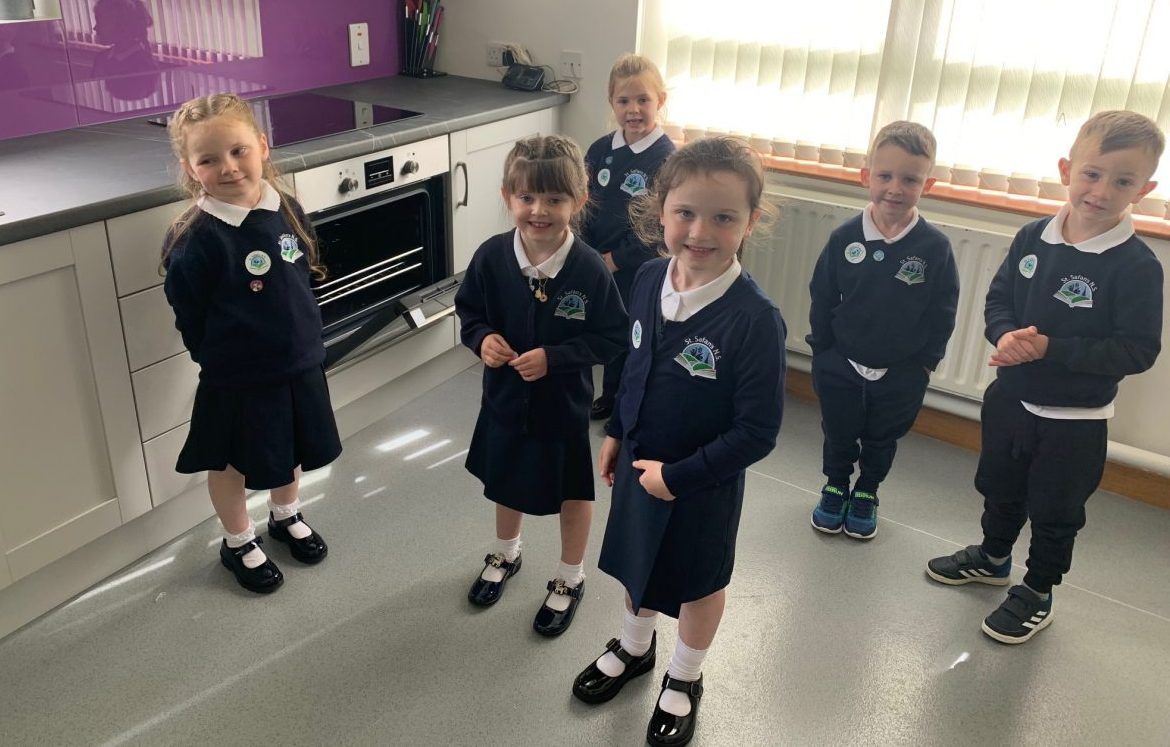 Today was the first day at school for 11 youngsters in Castlefinn, but some were more interested in the kitchen than the classroom!

The new Junior Infants at St Safan’s NS were treated to a tour of the school’s brand new kitchen on an exciting day for the school.

The new kitchen was installed by the school after it won the best Health and Wellness project in Ireland in a Gala Retail competition last November. A prize of €10,000 was awarded to St. Safan’s to install a fully functional kitchen in the school to teach all children how to cook and bake.

A launch was due to take place shortly after schools closed last March, but today was as good as any for the bright eyed juniors.

Check out the pictures below: