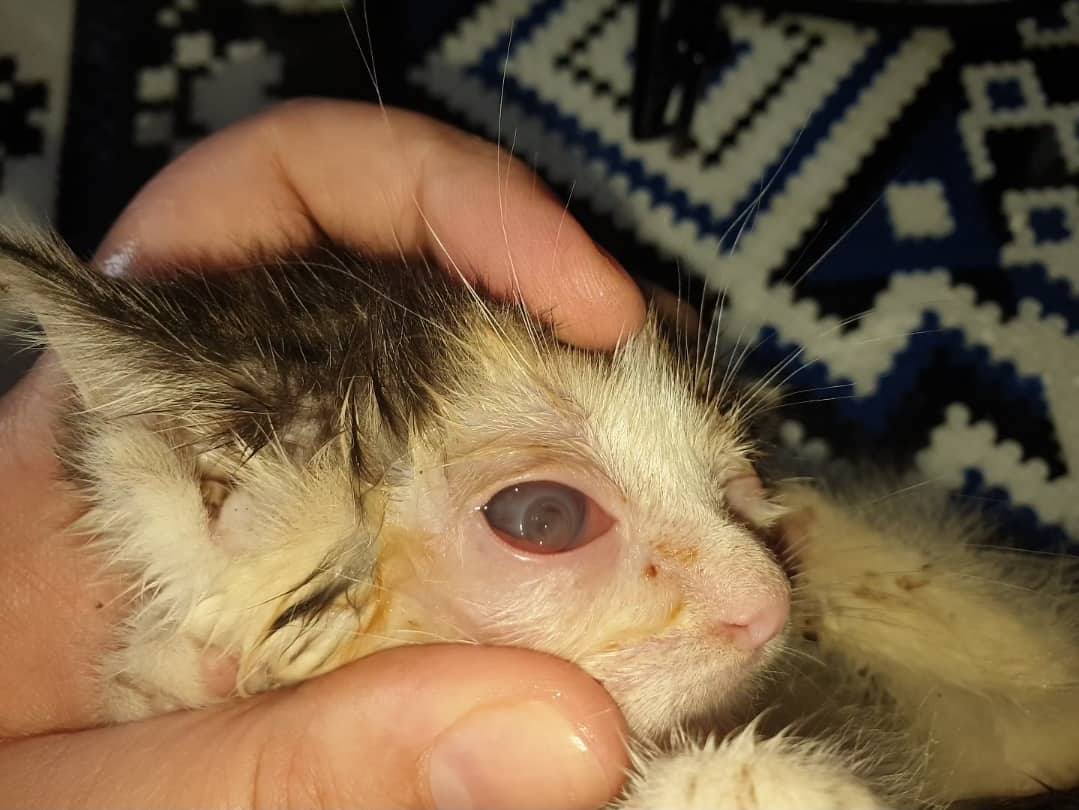 Kittens found blinded and fighting for their lives

Warning: This article contains images that some may find distressing.

The kittens were found in a shocking state this week after being born to a feral cat.

The cold and wet conditions outside led the newborns to develop severe infections. They were both struggling for survival by the time rescuers came to their aid on Tuesday.

One kitten was so badly congested that she could not smell and was unable to eat or drink.

Both kittens have been taken in by Animals In Need Donegal, who are doing all they can to save them. The pair have been named Lyla and Layla, have been put on medication and are having regular eye drops, eyewashes and bottle feeds.

Volunteer rescuer Dee Morrison said: “They are snuggled up on a heat pad, comfy and dry and only time will tell how damaged their eyes are.”

“Young kittens born outside, especially this time of year, are in real danger from the weather turning colder and wetter and we dread to think of how many more kittens are out there in this condition.”

The distressing case has highlighted the problem of unspayed cats.

Animals in Need Donegal regularly promote the importance of spaying and neutering cats, whether the cat is a family pet, a farm cat, a stray or a feral cat.

Ms Morrison told Donegal Daily: “The advice is always to spay and neuter cats and if you are feeding strays or ferals to get them done too. We have humane traps we lend out for this as do most vets.”

The sad reality is that many more kittens suffer a worse fate than Lyla and Layla, she said: “A lot of people think when a feral or stray cat has kittens and they only see them a few times that they have gone to live somewhere else. They don’t, they wouldn’t leave a food source – they have died some where, more than likely slow and painful, like these two girls would have done had they not been taken in.

Animals in Need Donegal is appealing for donations to help care for the kittens and all animals in their care. If you would like to donate you can do so via PayPal to animals.inneed@yahoo.ie or you can use https://www.idonate.ie/1552_animals-in-need.html

Kittens found blinded and fighting for their lives was last modified: September 2nd, 2020 by Rachel McLaughlin