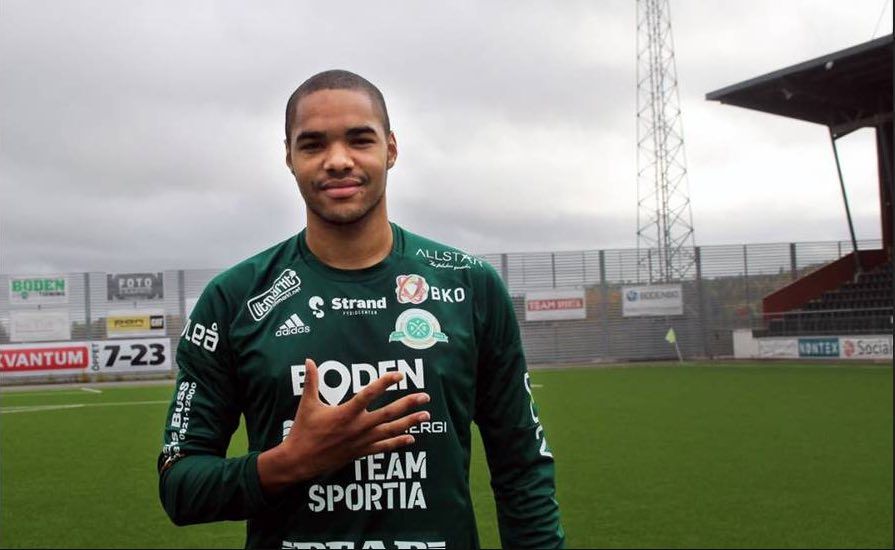 FINN Harps have signed a new striker in a bid to boost their hopes of Premier Division survival.

Ollie Horgan has recruited Jack Serrant-Green, a towering centre-forward who has spent the last seven years in Sweden.

Most recently, Serrant-Green played with Bodens BK, scoring 28 in goals to take them to the Division 2 title in 2018.

In 2019, Serrant-Green netted nine times but the club were relegated.

In all, Serrant-Green scored 92 goals in 149 appearances between the third and fifth tiers in Sweden.

The 26-year-old, who hails from Nottingham, played for Burton Albion before moving to Sweden in 2013 after being released from Burton.

Initially having moved on a 13-week placement through the League Football Education scheme, Serrant-Green signed with Gottne.

He has also featured for Gällivare Malmbergets,  IFK Umea, Kiruna and Söderhamns.

Harps are joint bottom of the Premier Division, but are above Cork City on goal difference with nine games to go.

Harps last weekend booked a ticket to the quarter-finals of the FAI Cup thanks to a 2-0 win at Bray Wanderers and the Donegal side are back in action on Monday when they travel to face Sligo Rovers at The Showgrounds.