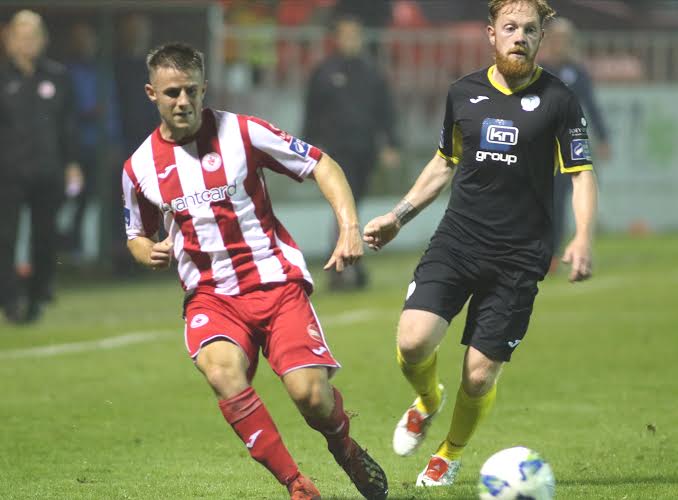 FINN Harps are rooted to the bottom of the Premier after a disappointing derby defeat at The Showgrounds.

Second-half goals by Ronan Murray and Ronan Coughlan gave Sligo Rovers victory over nine-man Finn Harps, who had Mark Coyle and Kosovar Sadiki sent off in the second half.

Harps manager Ollie Horgan was also sent off as Harps slipped to a loss that keeps them at the foot of the standings, while this win moves Sligo into third. 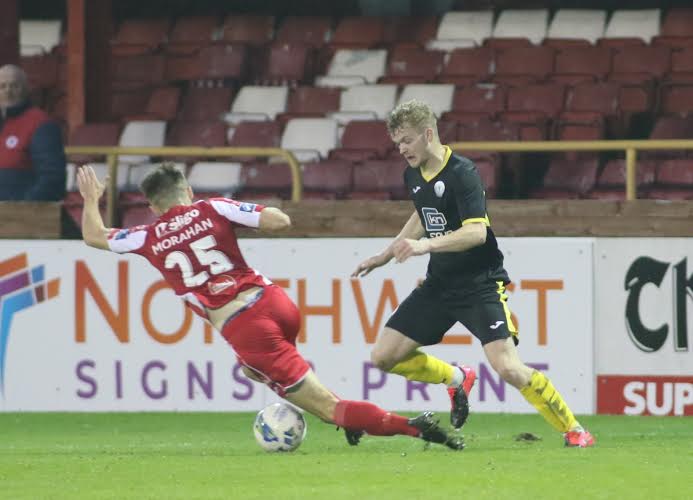 David Cawley went close from a free before Harps stirred with Alexander Kogler denied by Ed McGinty and Barry McNamee was off target.

Harps levelled just before the hour when Russell riffled home a superb striker after Shane McEleney’s long throw was only partially cleared. 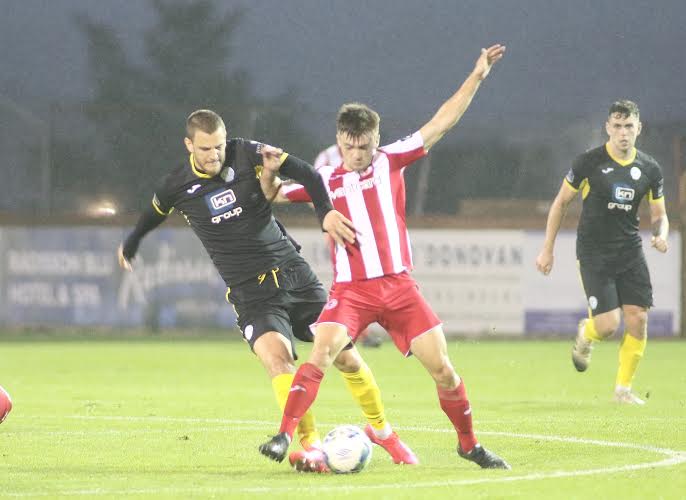 Russell had been provider for a Kogler chance moments earlier, with the Austrian firing wide.

Just two minutes after drawing level, Coyle was given his second yellow card of the night while Horgan was also dismissed by Rob Harvey, the referee.

Murray put Sligo ahead 17 minutes from the end as he tucked past Mark Anthony McGinley.

Five minutes from the end, Coughlan beat McGinley from a penalty, awarded when Sadiki fouled the Sligo attacker. 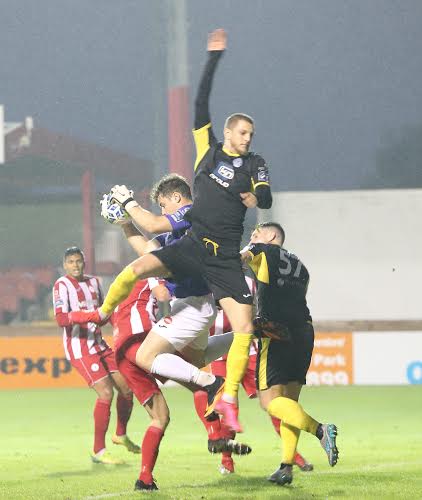 Sadiki was booked for his troubles, his second of the night meaning the visitors finished with nine men.