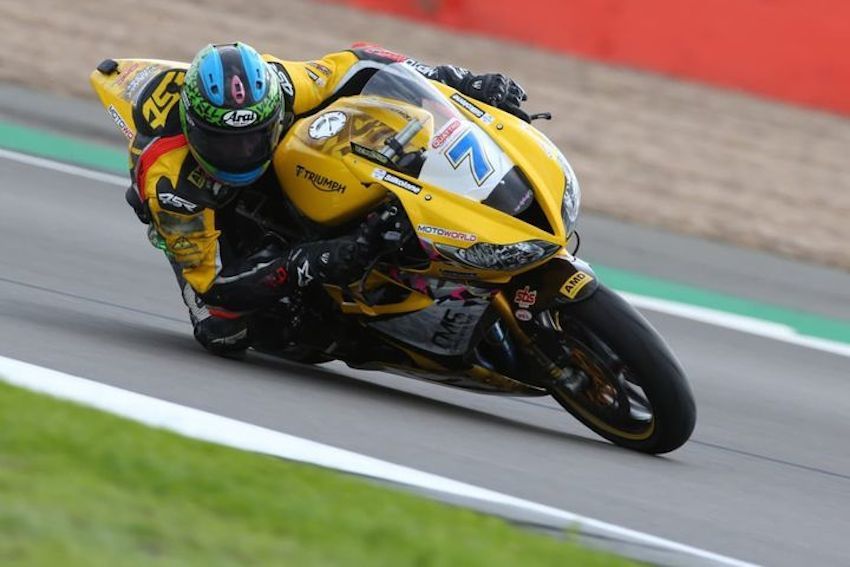 KILMACRENNAN’S Richard Kerr remains in seventh position in the Dickies Supersport class at the British Superbike Championships after the series reached the halfway point this weekend.

A good start got the Kilmacrenan man up inside the top ten in the opening laps however a near high- side almost put Richard off the track.

He eventually finished in 13th overall and 8th Supersport, some 14 seconds of the winner, Rory Skinner.

Race two was always going to be difficult after starting on the 7th row of the grid in 19th position.

Round 4 takes place in two weeks time at Oulton Park where Kerr has been on the podium in the past and hopes to be running closer to the front than the previous rounds.

Richard would like to thank all his sponsors for their continued support.