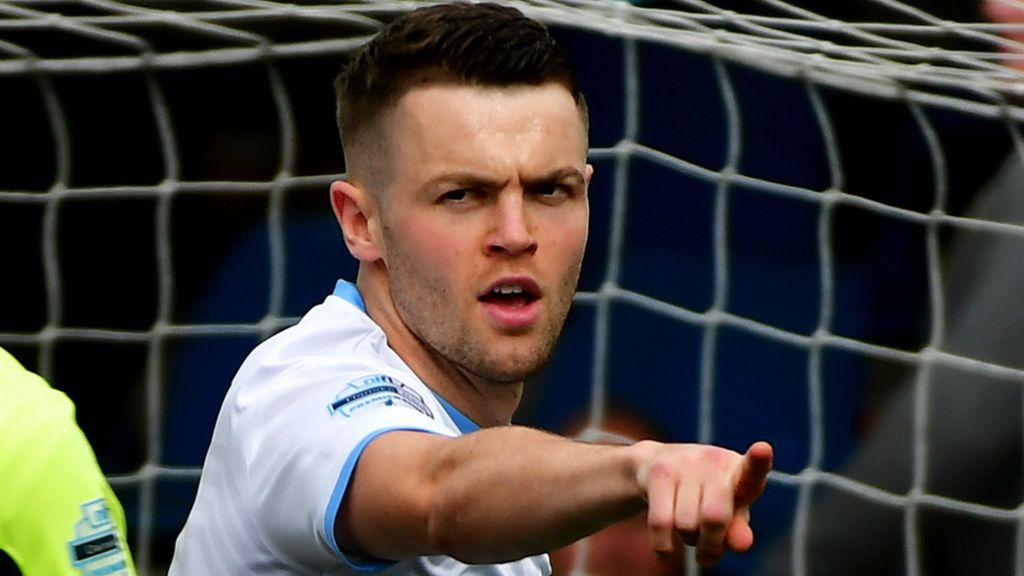 KILDRUM Tigers manager Shane McGinty admitted that he was through an ‘emotional roller coaster’ last night as his team booked a place in the Brian McCormick Sports Cup final.

Kildrum came from behind to defeat Kilmacrennan Celtic 3-1 at The Diamond Park last night as a late double by Kevin McHugh put ten-man Tigers through.

“It was an emotional roller coaster. A lot happened through the game, but semi-finals are about getting to the final.

“We’re over the moon. There was a real buzz from both teams out there This means a lot.”

Rab Sandilands cracked Kilmac ahead in the first half before Daniel Clarke levelled for Kildrum, who had Luke Toland sent off in the 74th minute.

Kildrum, with McHugh pulling the strings were excellent at times.

McGinty said: “We went two up and played wingers high in the second half. Kilmacrennan being one up naturally sat off.

“Both elements, us going for it, and them sitting off allowed us to press high and ask questions. That suited us more in the second half.”