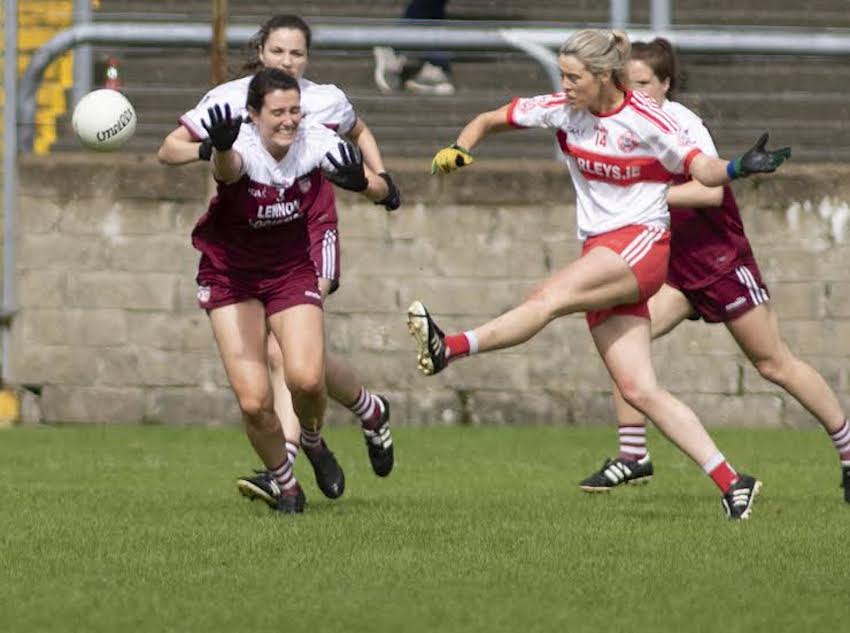 YVONNE Bonner feels that the experience of two seasons in Australian Rules has helped her to improve even further.

The Glenfin star has played in the AFLW with the Greater Wester Sydney Giants for the last two seasons and the full-time training Down Under has taken her to greater heights.

“It’s similar in a way and you have to learn how to perform,” Bonner told Donegal Daily/Donegal Sport Hub.

“That’s what you get paid for over there. It’s just been more experience in high performance.”

Bonner scored four goals in the first 20 minutes on Sunday as Glenfin began like a house on fire.

She added another major on a day when Glenfin showed no mercy.

She said:  “The whole team put in a massive shift. It’s a great day for Glenfin.

“We sat down when Paul took over and had a meeting. Everyone bought into it and we have had massive numbers. It’s brilliant. Everyone worked hard and it showed out there.

“We got off to a great start from pressing up on the kick-outs. We kept them in there and punished when we got the opportunities.”