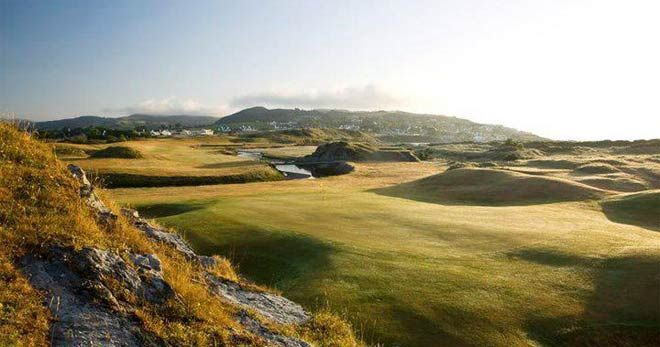 It’s a pair of Milford v Ramelton showdowns to decide the final pairing.

David Bonner’s golf has been standout all summer and his playing partner Damian Toland is also hitting his stride in recent weeks.

They face a stern challenge in last-four giving away shots to Tony McNamee and David Fisher. The Ramelton pairing won a heavyweight ‘Wee Toon’ quarter-final as they got the measure of Kyle Burke and Michael Molloy and will fancy their chances of advancing once again.

The bottom side of the draw was a contest between two reliable and tested partnerships as Charlie McCahill and Chuck McTaggart got to terms with Daniel Shields and Gerry Hannan.

Having taken a quarter-final win over in-form Scratch Cup winner Cian Harkin, the Ramelton pair weren’t for stopping and they’ve negotiated a tricky test to book their place in the final.

In the Singles Matchplay, both Daniel Shields and Kyle Burke will be bidding to atone for their doubles disappointment when they meet in the quarter-finals.

There will also be plenty of bragging rights on the line when reigning champion Ducky Callaghan takes on Kevin Boyce in the last-eight.

With a number of outstanding last-16 games to played in the Singles event, those contending are reminded that the completion date for this round has passed and the competition secretary may be forced to toss a coin if fixtures cannot be arranged.

Please give courtesy to fellow competitors by adhering to the dates.

Portsalon’s picturesque par-four second hole was amongst the chosen 50 holes from across Ireland that featured on the list, with McGinley putting it forward as his favourite Irish golf hole.

This was a lovely accolade to receive for the club and the Independent, with the help of Club Manager Daragh Lyons, released a splendid flyover video of Portsalon’s second hole to go with the publication. This video can be viewed via the club’s Facebook/Twitter pages.

Maura Toal (31) claimed the first September Members competition on the slimmest of margins from fellow playing partner Jackie Friel (23) with 37pts on a break of tie, with Maura winning on a count back. A missed putt on the 18th was the difference on the day, well done Maura!

Maire O’Donnell Competition – Best of luck to Lady Vice Captain and Team Captain, Iris Condron and her players who are away to North West his weekend in the first leg of their semi-final match.

Donegal Shield Competition at Ballybofey & Stranorlar GC – Best of luck to Lady Captain Roseanne, Lady Vice Captain Iris and the Portsalon Ladies who will travel to Ballybofey on Saturday to compete for the Donegal Shield.

The 2020/21 Winter Links season will being on Thursday 24th September with the timesheet available to book one week in advance (Open Thursday 17th September).

Remember to book before you play (timesheet is available to book one week in advance). Follow Club protocols before, during and after your game and enjoy!