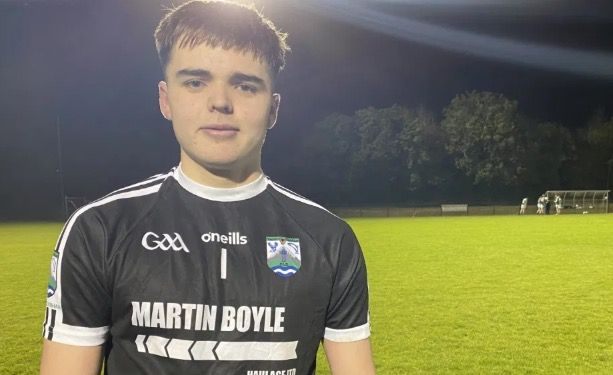 DAITHI ROBERTS admits the thought of a penalty shoot-outing having to decide last night’s Northern Board Division 1 Minor final against Termon certainly went through his mind.

The Gaoth Dobhair goalkeeper has been involved in numerous struggles against their rivals from the Burn Road in recent years and the longer that extra-time went on, the more it looked like the final at St Mary’s in Convoy would be settled by the lottery.

However, Gaoth Dobhair managed to come through and win on the narrowest of margins, a 1-12 to 1-11 scoreline, with Robert certainly playing his part in that victory both between the sticks and scoring five free-kicks throughout the match. He spoke to Alan Foley afterwards.

Listen the the interview on Donegal Sport Hub