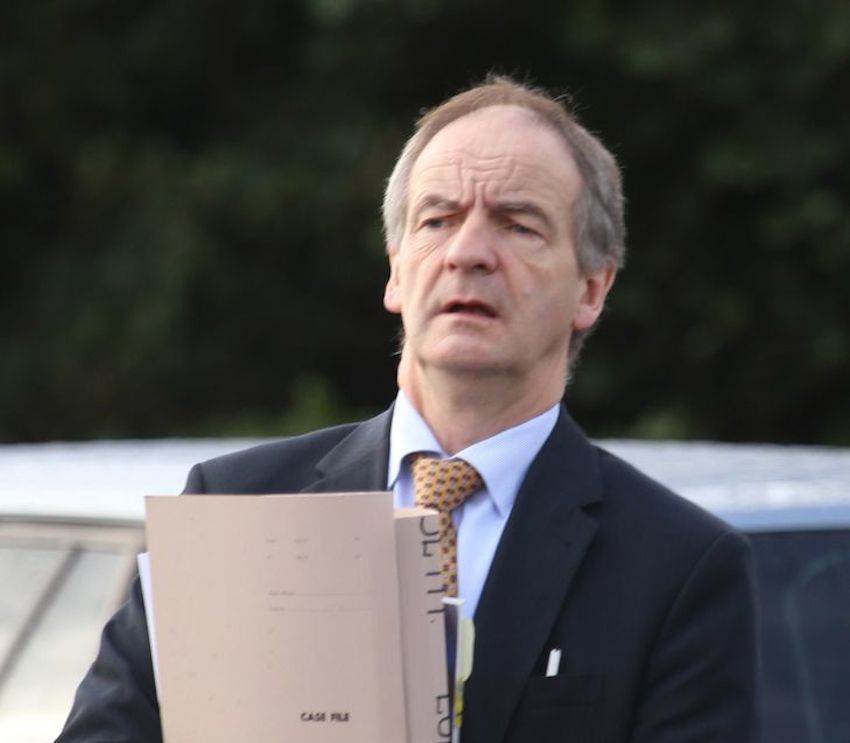 Popular solicitor back ‘in combat’ after heart surgery

POPULAR Buncrana-based solicitor Ciaran Mac Lochlainn was welcomed back to court today after having major surgery.

Addressing Buncrana District Court, Mr Mac Lochlainn paid tribute to his various colleagues who supported him in his absence from the court room.

“It was extremely comforting that my colleagues looked after me,” he said.

“I am eternally grateful and I was comforted by that. I am especially grateful to Mr Gallagher, Mr Dorrian and Mr O’Brien, who are here, and others.

“I should also thanked the Gardai and to Mr Liddy, who looked after me in the circuit court and was very accommodating.”

Mr Mac Lochlainn also thanked the courts staff and he paid a personal note of gratitude to Judge Paul Kelly.

Mr Mac Lochlainn spent some time in the Mater Private in Dublin in July while he also spent a few days in Letterkenny University Hospital after his operation.

“You have come through a very difficult ordeal safely and I hop you’ll be back to your former combative self in short order,” Judge Kelly said.

“It is great to see you back after a long absence.”

Raising a laugh in the court, Sergeant Jim Collins remarked that it was ‘quite a miracle that the medical people found a heart!’

Mr Mac Lochlainn has been practising in Donegal since 1975 and from 1983-2005 he served as the State Solicitor for County Donegal.

Popular solicitor back ‘in combat’ after heart surgery was last modified: September 10th, 2020 by Chris McNulty