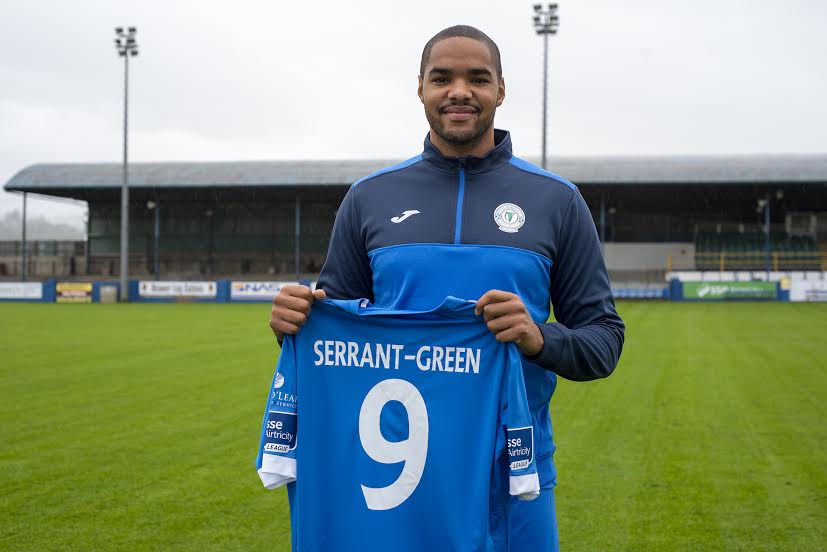 NEW striker Jack Serrant-Green says he wants to score the goals that will keep Finn Harps in the Premier Division.

The 26-year-old Englishman has been recruited by Harps boss Ollie Horgan, whose side are at the bottom of the top flight table with just eight games left.

As revealed by Donegal Daily/Donegal Sport Hub last week, Harps have added Serrant-Green, a towering centre-forward, to their ranks ahead of Sunday’s north west derby against Derry City.

And the striker says he’s looking forward to getting his Harps career kick-started.

“I want to work hard, show the fans what I can do and hopefully help us move up the table.”

Serrant-Green has spent the last seven years in Sweden.

Most recently, Serrant-Green played with Bodens BK, scoring 28 in goals to take them to the Division 2 title in 2018.

In all, Serrant-Green scored 92 goals in 149 appearances between the third and fifth tiers in Sweden.

The Englishman began his career at Burton Albion before making the switch to Gottne IF in Sweden.

Harps manager Horgan said: “We’re down bodies after Monday both through injury and suspension and every single one of these next eight games are hugely important.

“At the end of the day goals win football matches so hopefully Jack can come in now and help us push on to where we want to be come the end of the season.”