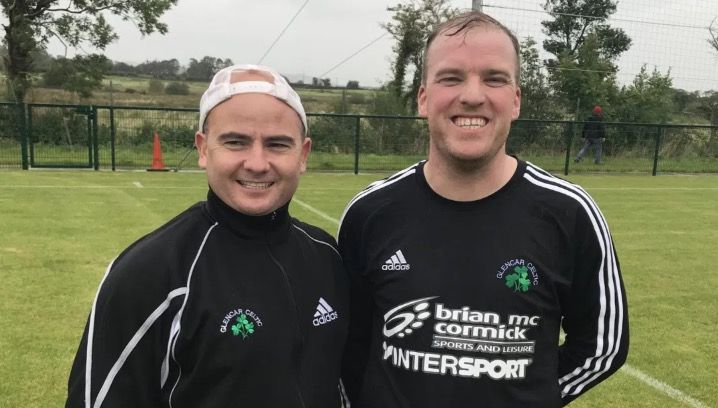 John ‘Junior’ Russell and Garvan Grieve said a solid first half laid the foundations for Glencar Celtic’s victory in the Voodoo Venue Cup final this afternoon.

Glencar scored three times in the opening half and although their opponents Keadue Rovers pulled one back in the second half, 3-1 was enough for Glencar to retain the trophy they won last season.