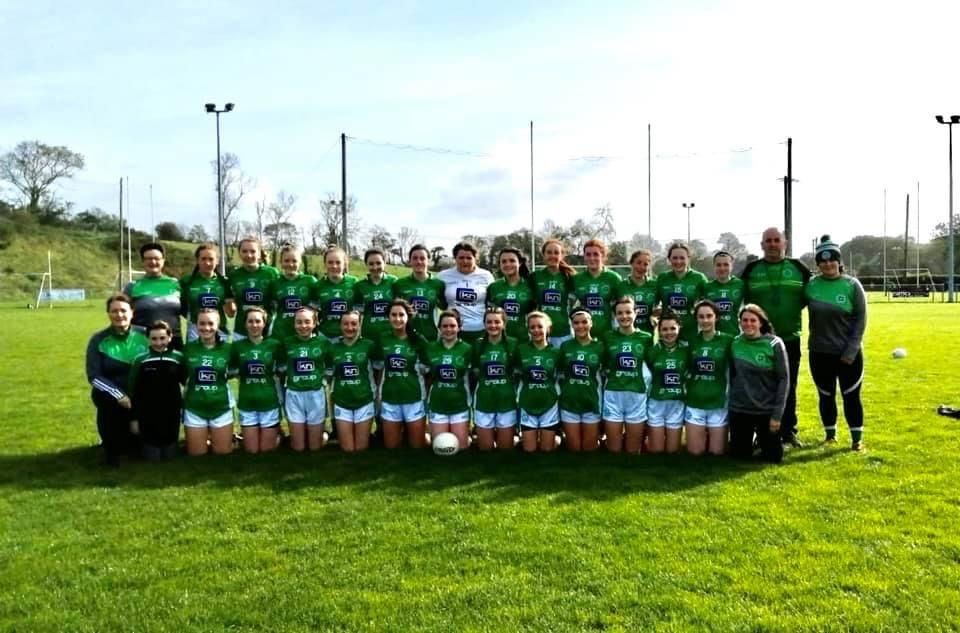 St Naul’s are causing a stir again with their ladies winning the Ladies Division One Minor League final against Aodh Ruadh today. In the end, they were 5-11 to 2-6 winners over a spirited Aodh Ruadh team in Ballintra.

Caoimhe Walsh scored an excellent 2-6, with Enya Gallagher chipping in with two goals. Niamh Brown (1-2), Erin Doherty (0-2) and Naomi Kelly (0-1) were also scorers. Aodh Ruadh goalkeeper hit Bridin Maguire 2-1, including a penalty having been moved out the field in the second half and Aoibheann McGarrigle scored a goal Katie O’Brien had a fine game scoring five points.

Milford won the Division 2 final following their 4-8 to 0-7 win over Glenfin, while Naomh Columba overcame Gaeil Fhanada in Division 4 and in Division 5, Dungloe defeated Malin. The Division 3 final takes place tomorrow, Sunday, at 12 noon in Termon between Ardara and Carndonagh.