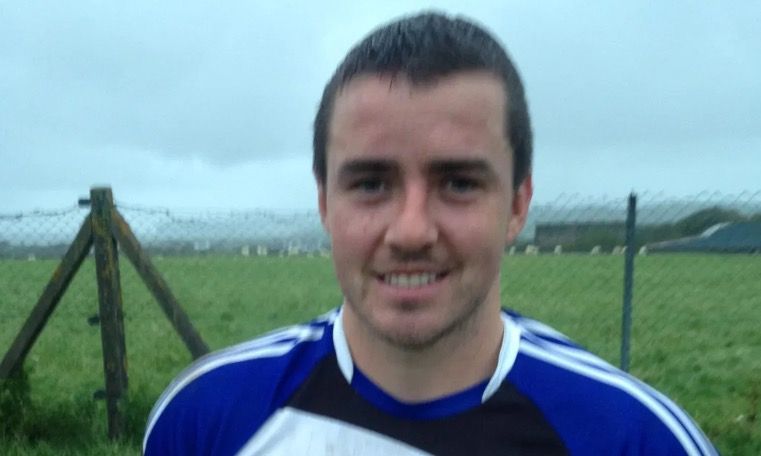 AN EARLY PENALTY from Darren McGeever proved the difference as Cloughaneely edged out Buncrana to progress to the Donegal IFC final.

The Falcarragh team kept out the goals against Buncrana, who had come up from the junior bracket and been rampant in the competition to date, and that gave them the base to hold on for a victory.

Darren McGeever sent Harry Doherty the wrong way from a fifth minute penalty for the opening goal after Evan McCallion was penalized for a foul on Kevin Mulhern, who had scampered through the middle.

Caolan McGonagle hit a crisp from at the other end and for all the talk of Buncrana’s livewire forwards, it was the wing-backs William McLaughlin and Oisin O’Flaherty who chipped in with their early scores. On 10 minutes Cloughaneely were 1-1 to 0-3 up.

Paul Sweeney was in the goals in the opening round of fixtures but his exceptional point from the acutest of angles on 14 was the pick of the contest. John Campbell pulled a free back for Buncrana, who were now 1-3 to 0-4 down, before the break for water.

Campbell for Buncrana and Cloughaneely’s Martin Maguire, with a beaut, traded scores. Odhran Doherty and Shaun Maguire did likewise. Jason McGee’s free put Cloughaneely 1-6 to 0-6 up at half-time

Buncrana were the only team in the opening round to win all four of their fixtures, while Cloughaneely, who lost the final last year, won seven points from eight. They pair had respective quarter-final win over Gaeil Fhanada and Red Hugh’s.

Shaun Curran and McGee both scored their second frees of the match, wither side of a marked Campbell effort, at the start of the second half.

By 45 minutes, Cloughaneely were 1-10 to 0-10 and Harry Doherty made a point-blank save from Sweeney to keep his team in with a fighting chance. Sweeney made amends after the water-break with a fine score to put Michael Lynch’s team four up.

Another Doherty save, this time from McGeever, showed how stretched things were getting for Buncrana as Cloughaneely were turning the screw.

Five up, though, Cloughaneely didn’t close it out and McGonagle and Peter McLaughlin scored late points, to bring Buncrana back to three down in the last minute.

McGee, in the first of seven minutes injury time, scored a superb long range free settled Cloughaneely, only for Odhran Doherty to keep Buncrana in touch. However, Cloughaneely’s experience took them over the line.