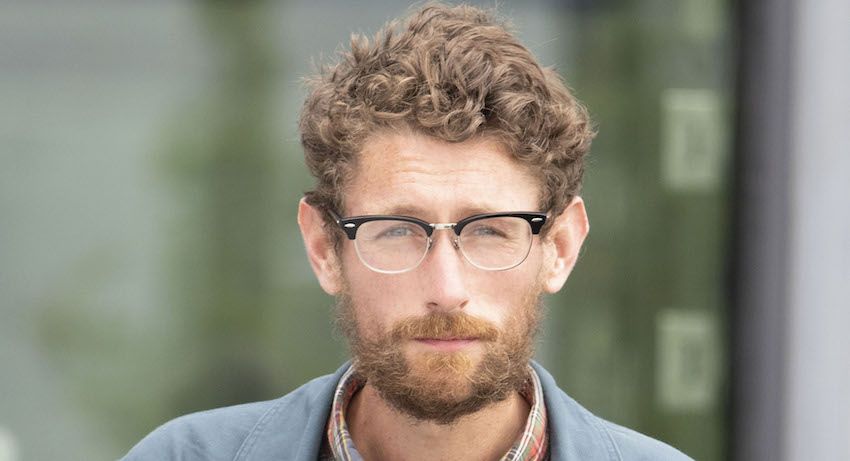 A man who killed a cyclist while driving to his local shop to get a newspaper for his father has walked free from court.

Mr McDermott died when he was struck by Mr Cannon on the afternoon of January 26th, 2018.

The victim, aged 43, died at the scene of the collision which took place on a sharp bend governed by an 80kph speed limit.

Garda Shaun O’Hara told Letterkenny Circuit Court that he arrived on the scene to find the driver with his hands on his head in a distressed and frantic state saying “I’ve killed him.”

There were no witnesses to the collision and no CCTV in the area.

He said the accused man was coming around a tight left bend and he lost control of the car which went across to the opposite side of the road hitting Mr McDermott.

Mr McDermott, a devoted family man and father-of-three young children who was originally from Hawthorn Heights in Letterkenny, was pronounced dead at the scene.

A Garda forensic examination of the scene found the road was governed by an 80km speed limit, the conditions on the day were good and that Mr Cannon’s car was in a good pre-accident condition.

The forensic examination of the scene found that although the road was governed by an 80kph speed limit, the bend on which the crash happened could not be negotiated at such a speed.

The investigation concluded that the driver was going too fast into the bend to safely negotiate it and over-corrected his car and lost control of it at speed at struck Mr McDermott.

Two victim impact statements were given on behalf of both the late Mr McDermott’s wife Aifric, and also on behalf of his mother, brother and three sisters.

In a touching tribute, she said that life was so good with Noel and their two young children before he died.

She said he lived for his family, farming and cycling and that when her own mother was diagnosed with cancer Noel stepped in to allow her the time to look after her mum.

However, since Noel’s death, she struggles to find answers for her children about what happened on the day their daddy was killed.

“Noel is no longer with us and we will never get over the loss of him. We shared so many happy memories.

“But I am an empty shell of grief and I merely exist. Our lives will never be the same again,” she wrote.

Mrs Maureen O’Donnell, Noel’s sister, said the events of the evening of the 26th January 2018 will be forever etched in their hearts and minds.

“Noel’s passing is felt most heartfelt in his family home in Bun na Leaca and it is heart-breaking when we see his beautiful children missing out on their Dad’s love and devotion in their lives.

“Noel lived for his children and his wife Afric and it is incomprehensible to see them growing up without him.”

She added that the whole family is overwhelmed with a sense of devastation at the suddenness of the tragedy and the immensity of the loss in each of their lives.

“This devastation has affected us all in different ways and has had an impact on our day to day lives,” she said.

In a moving tribute to her late brother, Mrs O’Donnell said the entire family are so proud of everything Noel had achieved in his life and have an immense regret that he didn’t get the chance to pursue his devotion to his wife and children.

“We are reminded constantly by people talking about Noel, by looking back over photographs and by our own beautiful personal memories of the wonderful precious person he is. His beautiful smile that lit up a room will continue to live in our hearts as we trundle on through life without him.

“It is impossible to express publically how Noel’s death has affected each of us as coping with grief is such a private thing,” she added.

Barrister for Mr Cannon of Derryconnor, Gortahork Colm Smyth, SC, said his client had to live with the consequences of what had happened on a daily basis and was “tortured” by the events.

The accused said he wanted to tell the McDermott family about how sorry he was for what had happened.

He said “I deeply apologise for what happened. I think about Noel and his wife and family all the time and I can’t comprehend the effect it’s left on the family and how much shock and trauma it has caused them.

“I want them to know I am sincerely sorry for what happened. If I could turn back the clock and change it I would.

“I will live with the consequences for the rest of my life. I want them to understand that I never intended for it to happen.”

Passing sentence Judge John Aylmer said the offence did not involve the usual factors of such cases such as intoxication or a defective car.

He said he placed the offence at the upper end of the scale of careless driving although it was borderline.

He said there was no evidence that Mr Cannon was driving above the 80kph limit and that he had also shown great remorse and continued to suffer psychologically as a result.

He said the offence deserved a sentence of 15 months but he would reduce that sentence to one of ten months in prison because of the mitigating factors.

However, because the accused had no previous convictions and also the fact that his license will impinge upon his work as a gardener, he suspended the entire jail prison sentence for a period of 12 months.

He also disqualified Cannon from driving for six years.