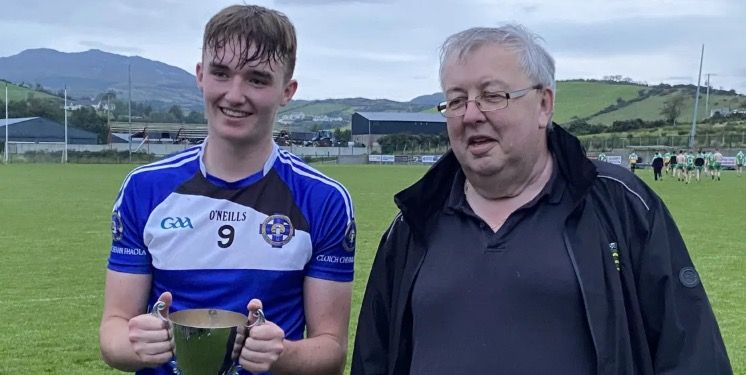 SHAUN CURRAN was part of the Cloughaneely team who won the Northern Board Minor Division 2 title – adding to his success with the club’s seniors in the IFC on Sunday.

Curran scored four points in the victory over Glenswilly at Termon last night on a 2-8 to 0-10 scoreline, which means a final place against the winners of the semi-final between Dungloe and Naomh Padraig from Muff.

On Sunday, Curran played for Michael Lynch’s seniors as they booked their final place in the IFC following victory over Buncrana. Curran to spoke to Alan Foley.