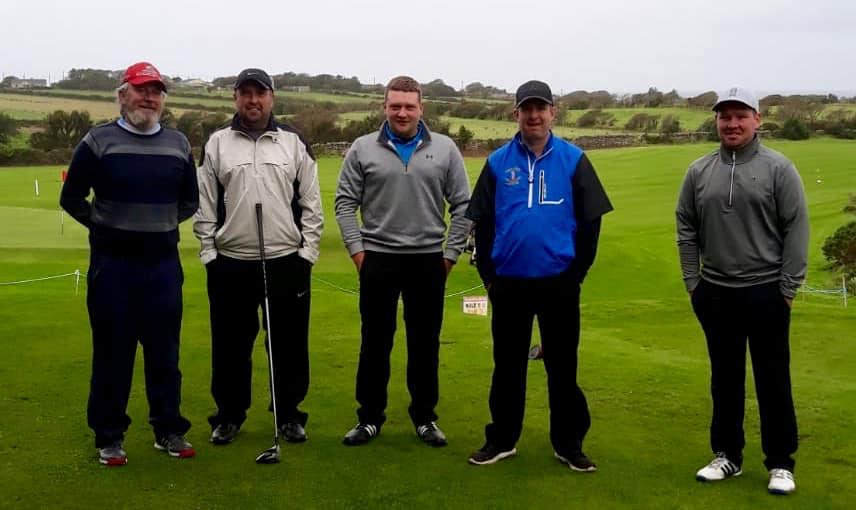 There were three matches away and two at home in Cloughaneely GC.

The young pairing of Shane Corless & Conor Gallagher both making their debuts won 3&2 at home. Away in Ballybofey the pairing of Seán Ó Gallchóir and Dean Gallagher won very well 6&4 with some great golf.

The other two pairings lost which left for a very tense finish away. Cloughaneely’s first pairing Mark McGinley and Cian McGarvey had to do the business. They were two down after 9 and battled with some great golf to secure victory with a fantastic finish.

Club Captain Chris McCallion had a very successful Captain’s Prize last Saturday.  The winner of 2020 Captains Prize was Darragh Geaney. Well done to Darragh on a great score in such wet and windy conditions.

The 2020 Junior Scratch Team line out in the Final this Sunday v Letterkenny GC at the newly redesigned Narin Portnoo Links at 2.30pm.