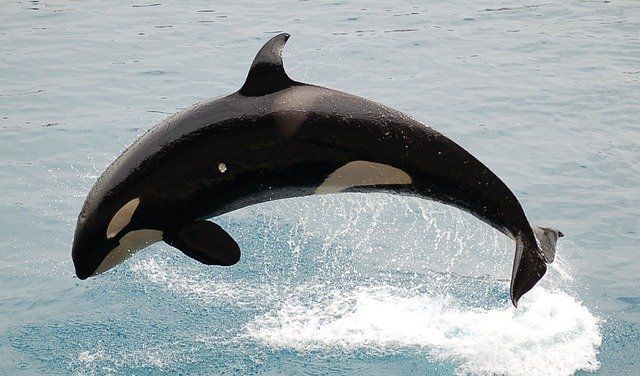 Killer whales make a splash off Donegal, but did you see them?

The search is underway for beachgoers who may have got a glimpse of a pod of killer whales at an Inishowen beach last week.

A pod of orca whales were reported in the waters of Culdaff Beach last Friday, and whale enthusiasts are eager to see if anyone caught a photo of the rare scenes.

The search comes after Derry musician Ryan Veil revealed that he and a friend had a close encounter with family of orca at the beach. The two surfers were out on an average day at sea when they became surrounded by fins. In the clear water, they believe they saw two adults and three juvenile whales out the back of the surf.

Vail and his friend were forced to get out of the water quickly after judging that the whales were out for the hunt.

“We literally got chased out of the water by an Orca there now. One of the maddest experiences I’ve ever had in the water,” Vail tweeted after his experience.

Orca are the largest of the dolphins and are apex predators. Adults can grow up to 30 ft. in length.  They are a rare sight in Irish waters, but visitors from the Scottish coast are thought to have been spotted off the coast of Donegal before.

Speaking to BBC Radio Foyle, Vail said the more aggressive smaller whales he saw were the size of transit vans.

“They were thrashing and branching the water. They were jumping up and showing their bellies, so that’s how we knew exactly what they were,” Vail told the Mark Patterson Show.

“It felt like they were hunting, and we actually were in the wrong place at the wrong time.”

Wary of the whales, Vail and his friend got out of the water and watched the scenes from the beach. They said they had no phones, but they noticed an onlooker on higher ground taking pictures.

Now, the Donegal branch of the Irish Whale and Dolphin Group are hoping to track down anyone who took photos of the pod at Culdaff. If you were at Culdaff Beach at 11.30am on Friday 11th September, the group is hoping to hear from you. Contact the Donegal IWDG by clicking on their Facebook page here.

Killer whales make a splash off Donegal, but did you see them? was last modified: September 17th, 2020 by Staff Writer
FacebookTweetLinkedInPrint
Tags:
culdaffOrca