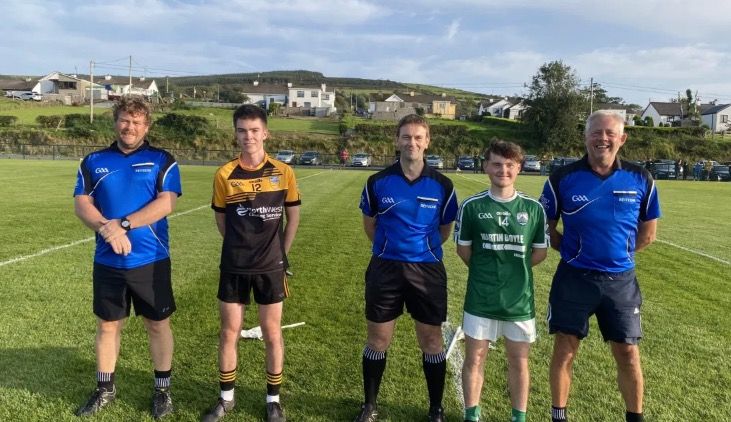 After a quiet opening for the umpires, goals from Eoin de Burca netting twice and Michael O Dochartaigh also finding the net in an explosive second quarter, where Gaoth Dobhair outscored Malin 3-6 to 0-1.

The second half continued in a similar vein but even though Malin were well beaten, everyone would’ve been delighted to see Niall Gallagher make a late appearance – the teenager who has made a comeback having battled back from Acute Lymphoblastic Leukemia to wear the Malin jersey again.

In the revamped competition for the year that’s in it, Gaoth Dobhair overcame Termon in Convoy by a single point after extra-time to seal the Northern Regional Board crown the week before last and Malin enjoyed success in Inishowen with a win over Buncrana. 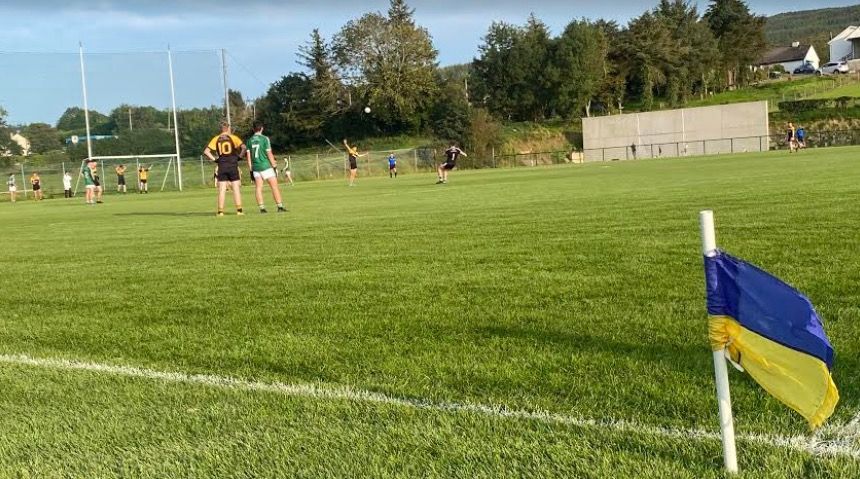 The luck of the draw with the three regional winners saw Four Masters, victors over Naomh Conaill in the south, bypassed the semi-final when the teams were drawn.

Although the score was only 0-2 to 0-1 for Malin at the first water-break, it wasn’t particularly defensive with Gaoth Dobhair guilty of kicking four wides.

Cian McBride opened the scoring for Gaoth Dobhair with a fine score on the run before an equalizer from Keelan Hegarty who opted not to take the mark and shoot over from long-range. Ben Miller’s 45 put Malin in front and the Donegal Under-17 goalkeeper had earlier made a great double from Eoin de Burca.

However, when play resumed, Miller was beaten twice in a minute. Firstly, de Burca scored a goal on the turn from close range, on 16 minutes, then Gaoth Dobhair added a second goal when Michael O Dochartaigh followed up to net a rebound after David Doherty saved on the line initially from de Burca.

Two points from Jamie Doherty and Donal Mac Giolla Bhride helped Gaoth Dobhair into a 2-5 to 0-3 lead by the 23rd minute, the last of those coming from a great move which Miller did well to repel with a save and the concession of a point.

It was 3-7 to 0-3 at half-time for Gaoth Dobhair at half-time, with de Burca scoring his second goal when he cut inside after a booming diagonal ball from Mac Giolla Bhride.

The teams changed sides but de Burca just kept doing what he was doing, kicking over the first three points. It was 3-13 to 0-4 at the three-quarter mark.

The procession continued in the final quarter, with substitutes Niall Doran and Kyle Doogan getting scores as Gaoth Dobhair marched on.