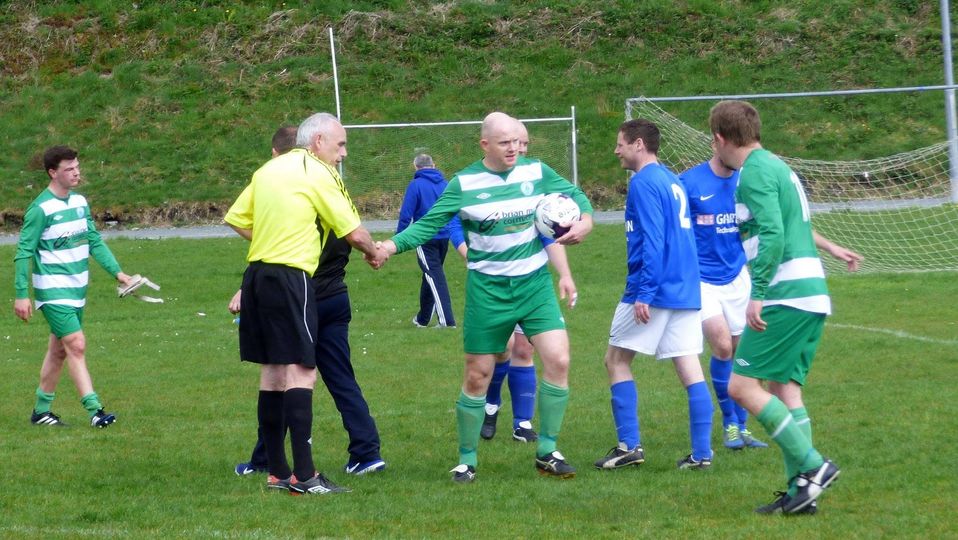 FORMER Finn Harps striker Eamonn Sheridan has been confirmed as the new manager of Rathmullan Celtic for the 2020/21 season.

The veteran striker takes over at his hometown club after most recently being on the books of Kilmacrennan Celtic.

Sheridan has helped Rathmullan to silverware in that time and the Hoops will hope to mount a challenge to get back into the Premier Division.

After a play-off defeat to Drumkeen in 2018/19, Rathmullan were relegated to Division One.

Last weekend they suffered an agonising penalty shoot-out loss at the hands of Keadue Rovers in the play-off.

Now, Sheridan will take the reigns at Flagpole Park.

“We are thrilled to be able to confirm Eamonn as manager and excited about the future under his guidance,” Rathmullan Celtic said.

“Eamonn needs no introduction as his name has been part of the fabric of football in this county for many years.

“A striker with Finn Harps and Omagh Town in his younger days, he spent a good few years playing Leinster Senior League football while working in the Coombe Hospital in Dublin before a spell with Fanad United in the Ulster Senior League.

“He would however enjoy what he terms the most enjoyable spell of his playing career when he returned to his hometown club in 2010.

“His goals were a major factor in the Hoops progress through the Donegal Junior League ranks, as the club won all four major honours in an unforgettable spell.

“Testament to Eamonn’s desire and love of football, all this was done whilst travelling to and from Dublin every weekend.

“He’s been around the club since and last season played with Kilmacrennan Celtic whilst honing his coaching skills as part of a backroom team at Fanad in their set-up.”