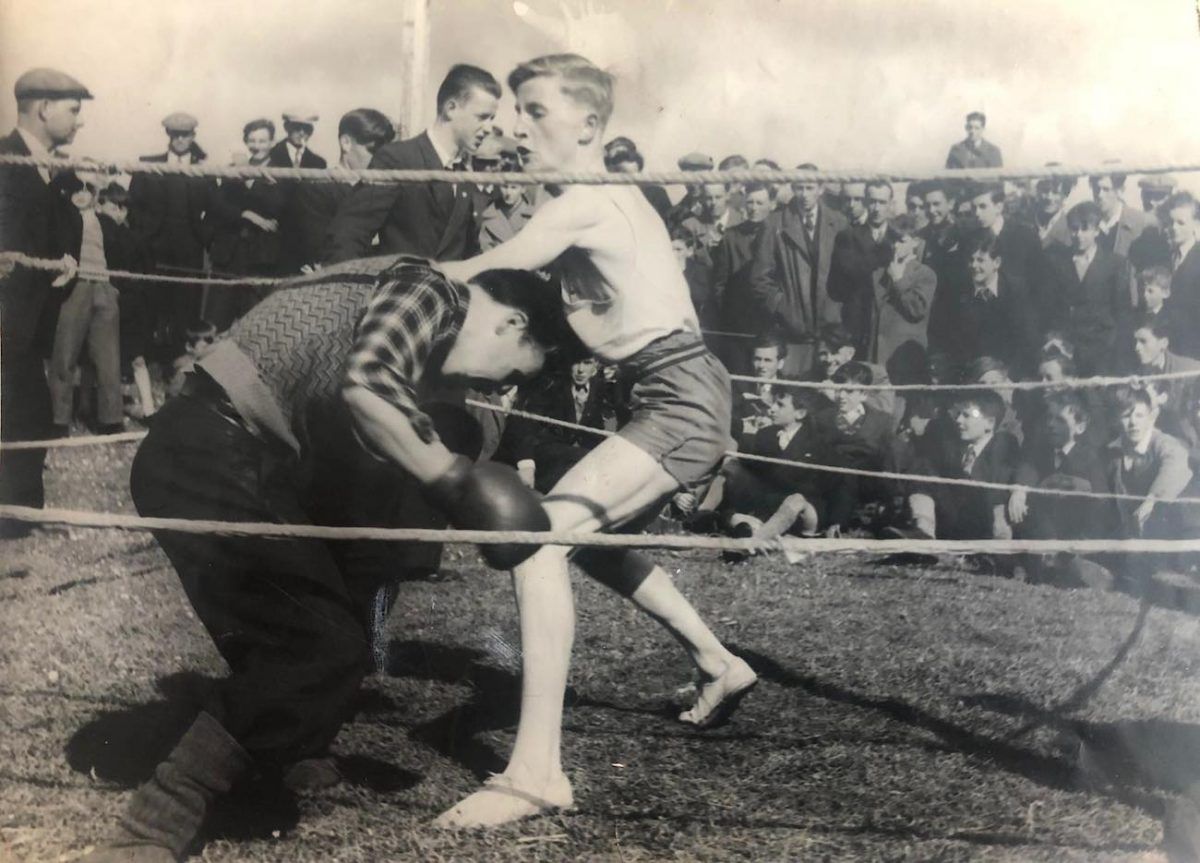 New book to tell the history of boxing in Donegal

A NEW book to be published in December will chart the history of boxing in Donegal.

‘Boxing in Donegal: A history’ will be released on December 12 – 70 years to the day from the first recorded boxing tournament under the auspices of the Donegal Boxing Board.

Picture: Action from a fight during an open air show at O’Donnell Park, Letterkenny, during the 1940s.

The book, written by Donegal-based sports writer and author Chris McNulty, will explore the foundations of the sport in Donegal and deal with it’s growth and development in the decades prior to 1950, when an organised structure was put in place.

The book, which is being published locally in conjunction with the Donegal Boxing Board, will include some fascinating stories of Donegal punchers down the years.

Did you know that a Donegal-born boxer was recognised as a world welterweight champion in 1913? Or that the family one of the finest flyweight  boxers of all time hailed from Donegal.

“All of the clubs in the county have rowed in behind the project and have been very generous in submitting details and photographs for inclusion. 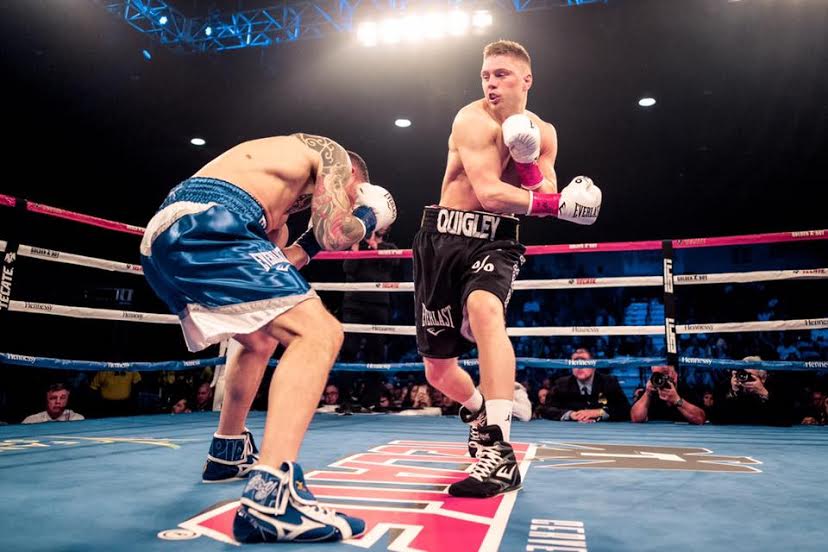 Donegal boxer Jason Quigley on his way to winning the NABF middleweight title against Glen Tapia in March 2017.

“The book is endorsed by both the IABA and the Ulster Boxing Council.

“Boxing has a rich and storied history in Donegal and it is brilliant that we will now have a proper record of the many great boxers and boxing people who have worked tirelessly inside and outside the ring.

“This will be a must-read book for all boxing fans in Donegal – and beyond.”

Chris McNulty is Sports Editor with the Donegal Daily/Donegal Sport Hub websites and was honoured by the Donegal Boxing Board in 2016 for his coverage of the sport.

The St Johnston native is the publicist of Donegal middleweight boxer Jason Quigley and has covered the sport extensively since 2005.

This will be his second book after his 2019 publication ‘Relentless: A Race Through Time’, the memoir of former Irish athletics team manager Patsy McGonagle.

He said: “The idea for the book came by pure accident during the Covid-19 lockdown. In researching for an article I was writing one day, I came on an old notice for the formation of the Donegal Boxing Board and realised that the Board was celebrating its 70th anniversary.

“No-one had realised when exactly the Board was first formed. After a conversation with Peter O’Donnell, the Donegal Boxing Board President, the wheels were very quickly put in motion.

“This book will act as an official history of boxing in Donegal. I felt that, rather than simply focus on the 70 years of the Board, it was important to also focus on the sport in the county prior to 1950 and I broadened the focus to include the stories of Donegal’s professional boxers and also boxers from Donegal who had success while competing elsewhere.

“I plan to include a list of every Irish champion from Donegal and it is quite an exhaustive list, going back through all grades and years.

“The current Donegal Boxing Board, led by my good friend Peter O’Donnell, and their member clubs have been very supportive and their endeavours have helped ensure that this book will come to fruition.”