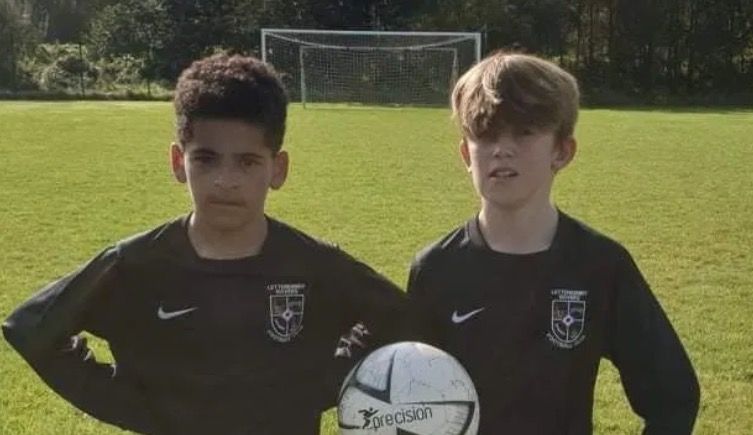 written by Alan Foley September 19, 2020
Facebook0Tweet0LinkedIn0Print0
There was an immense act of sportsmanship by Sean Gallagher and Adam Rodgers in the Under-12 fixture between Letterkenny Rovers and Lagan Harps Colts.
The Letterkenny Rovers Facebook page explained what happened:

Sean Gallagher and Adam Rodgers of our u12s Crusaders side could be the frontrunners for the Fair Play award after turning down the chance of scoring from the penalty spot in their recent game against Lagan Harps Colts.

Sean appeared to be brought down in the box from the referees( and the PRO’s) eyeline and Crusaders were given a penalty but Sean said he fell unaided!!
Adam then intimated he would put the resultant penalty wide so the decision was reversed before the sides went on to complete a cracking 1-1 draw.
Who said that winning was everything!

Fair play ( if you pardon the pun) to the boys.