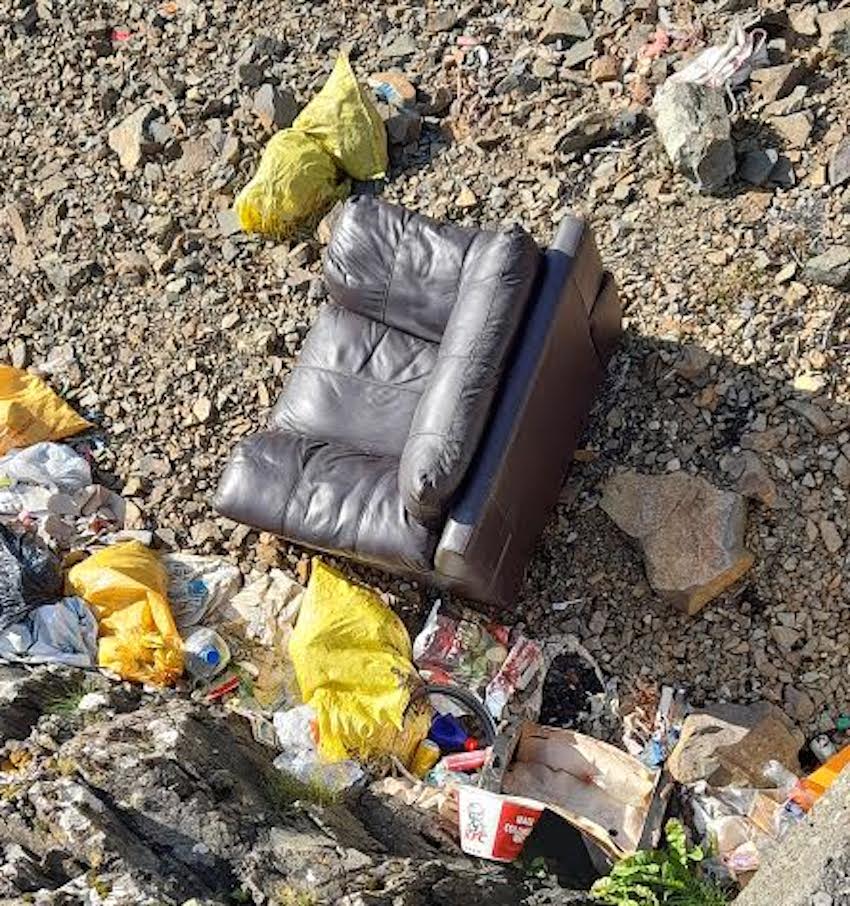 DISGUSTING wanton littering – including a discarded armchair – is marring the landscape around a historical site in Donegal.

One woman, who visited with her family yesterday, hit out at the rubbish tipped near Lenan Head Fort, one of the seven forts of the Lough Swilly defences.

The family was visiting the Fort before moving onto Lenan Pier.

While exploring along the rocks at Lenan Pier, they stumbled upon a vast array of dumped items, including pots, pans and other kitchen utensils and even an armchair.

“This is utterly disgusting,” the woman told Donegal Daily.

“This is such a beautiful part of the county. This rubbish was just tipped over the wall by some inconsiderate person.

“They probably dumped it here in the hope that it would be washed out to sea.

“These people should be ashamed of themselves.”

Lenan Head Fort, a former British military base guarding the mouth of Lough Swilly, was built in 1895 and has been abandoned since the 1950s.