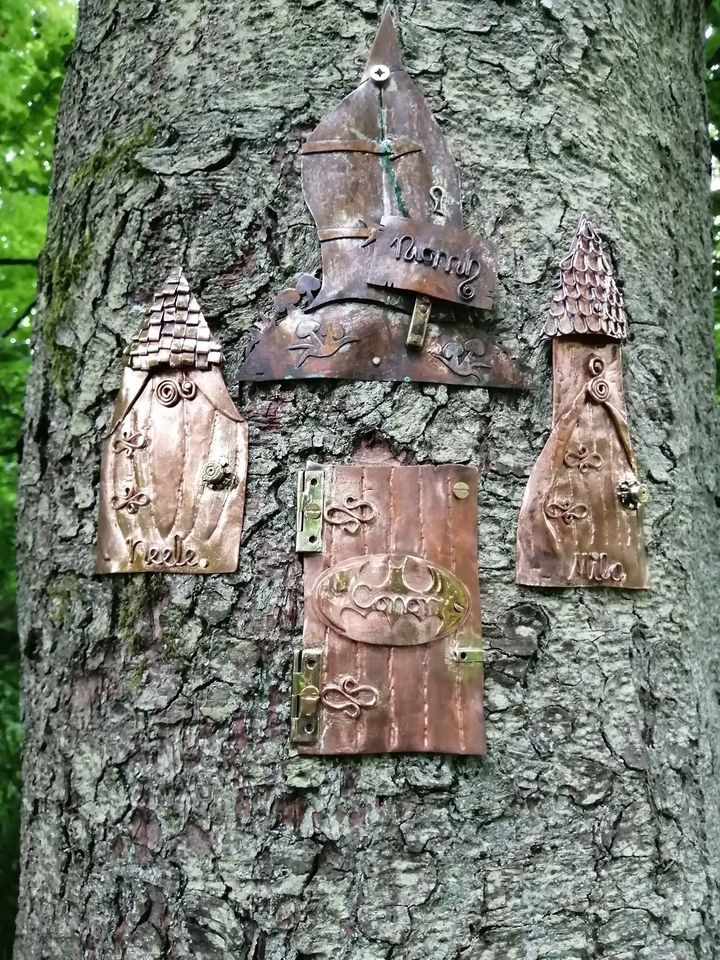 Heartless thieves have ripped off specially made ‘Fairy doors’ from trees in Drumboe Woods in Ballybofey.

The doors were made from copper and specially made for local children.

However, earlier this week thieves used a screwdriver to unscrew the doors from a local tree.

The woman who had the fairy doors put up on the tree for the children fo a friend said “They were attached with screws so someone came prepared to remove them. Very disappointed to say the least.”