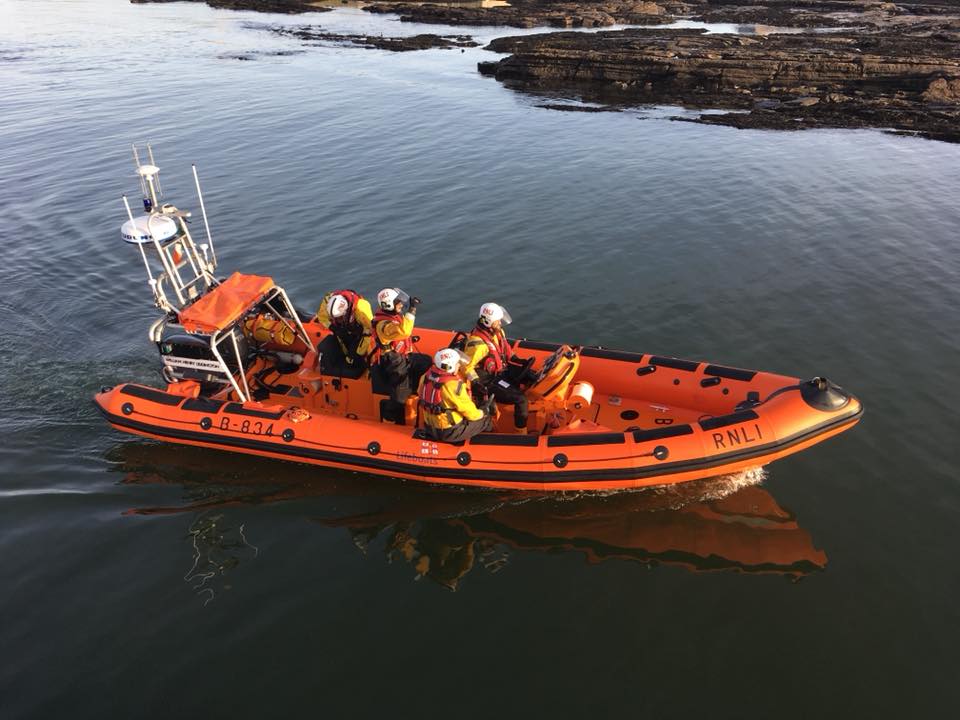 THE volunteer crew of Bundoran RNLI was requested to attend three separate incidents between Saturday afternoon and Sunday lunchtime.

Just after 3:30pm on Saturday afternoon the crew was alerted to three people caught in a rip current at Bundoran’s Main Beach.

Minutes after launching, the lifeboat arrived at the beach to find that the swimmers had been assisted by some locals and were safely out of the water and in the care of the HSE ambulance crew.

On Sunday morning, while on exercise in the Teelin area, the lifeboat was redirected to Murvagh beach to reports of a person having fallen off a horse and injuring themselves.

However, while the boat was en route to Murvagh, it was re-tasked back to Bundoran to assist a jet-ski that had broken down in the West End.

The jet-ski was subsequently towed by the lifeboat back to the pier and Rescue 118 dealt with the incident at Murvagh.

Speaking after Saturday’s callout Helm Dessie Daly said: “With the good weather this weekend a lot of people are taking advantage of getting out and about on the coast.

“We would like to thank the members of the public for their quick action at the beach.”

Rory O’Connor who was helm on Sunday’s callouts added: “As always we would encourage everyone to exercise extreme caution and to always ask a local about tidal conditions and rip currents so they are not caught out.

“If you see anyone in danger along the coast at any time call 999 or 112 and ask for the Coast Guard.”