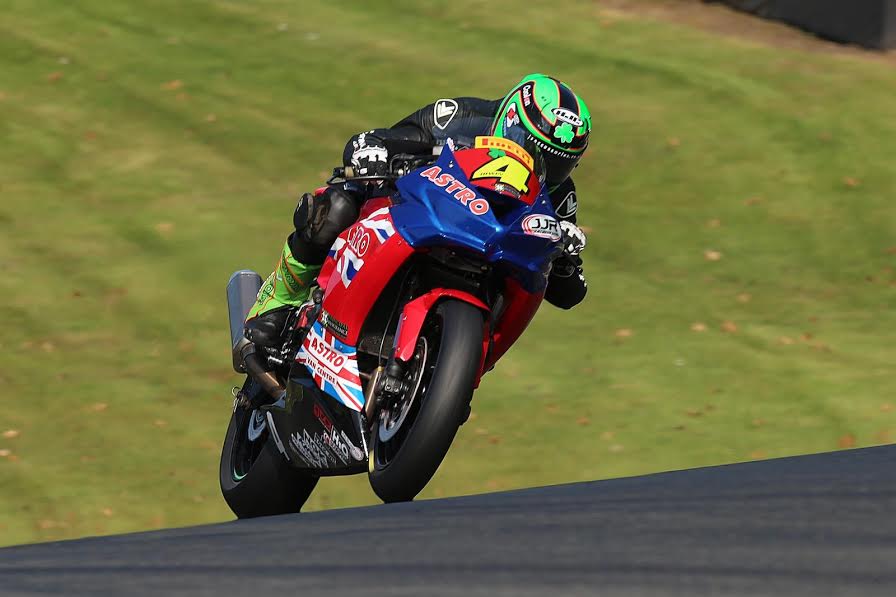 IT WAS another unforgettable weekend for the Irwin brothers from Kilmacrennan at British Superbikes Oulton Park in a double header this weekend.

Caolan Irwin (above), with very fast qualifying times took double podium finishes of third place in both races, setting the fastest lap of the weekend in race 1, with his first pole position of the series in the second race.

A jubilant Caolan who previously has had bad luck at Oulton was delighted to have got rid of the problems he was having with his bike in the last round.

He said: “I’ve had a great weekend on a track that’s far from being my favourite.

“That was the first time I ever really enjoyed riding at Oulton and credit has to go to the Astro JJR team for giving me a bike that I was so happy with and which was well capable of winning.

“The results have moved me up to fourth, which is a bonus as my championship challenge was virtually over when I fell off in Silverstone. We’ve got two more events to go and my aim is to have two more strong weekends and to go into the winter with a smile on my face. As usual I have to thank everyone who has supported me this year and helped me to make such progress over the season.”

Younger brother Rhys also on flying form qualifying on the front row was forced onto the grass in the first race losing valuable points for his championship but still managed to finish well within the top ten in 7th place in race 1 and 4th in race two.

With Rhys and Caolan running third and fourth consecutively in the full grid Championship they are both over the moon with this year’s performance to date.

The Irwins will be back in British Superstock 600 action in two weeks time as the series returns to Donington Park on October 2nd to 4th.