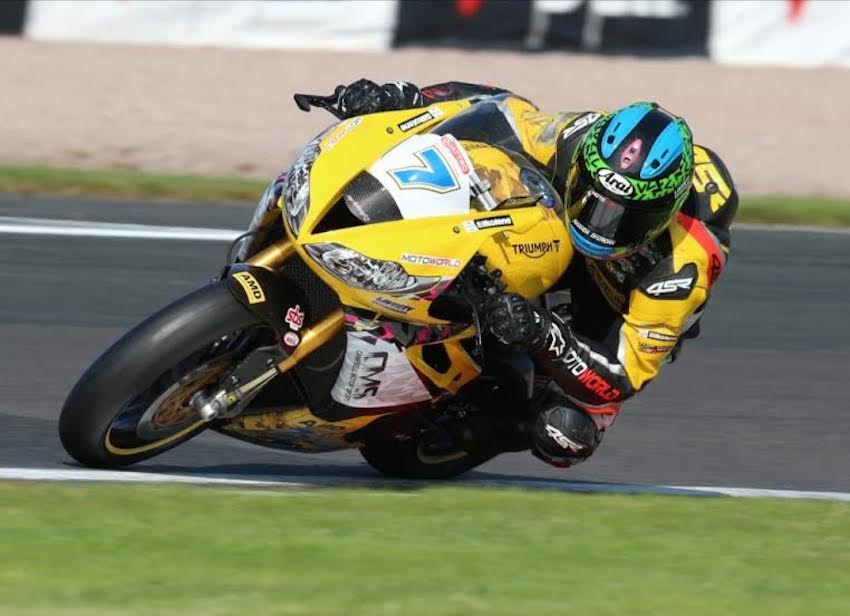 Richard Kerr puts in another strong show at Oulton Park

RICHARD Kerr had another strong showing at Oulton Park at the weekend in the fourth round of the British Supersport Series at the BSB Championships.

The Kilmacrennan man qualified in 12th for the  first Supersport race on  a grid which included five former British champions and TT stars Michael Dunlop and Lee Johnston along with North West 200 record holder Alaistair Seeley.

After the short 12 lapper, Kerr finished 13th overall and 8th Supersport as the five bikes ahead of him were contesting the GP2 class – another 8 hard-earned points in the bag

Kerr would líne up on row 5 for Sundays feature race after setting the 13th quickest lap on race one, just a second off pole setter brad Jones.

The race was fast and furious from the flag an the top two riders in the championship soon pulled clear from the chasing group of 11 riders which included Kerr.

The Donegl rider finished in 12th overall and a fantastic seventh in Supersport after he got the better of former runner up in the championship Australian Ben Currie on the final lap.

It as another strong showing from the Kilmacrenan man in what is without doubt one of the most competitive classes in the series.

The penultimate round of the Championship takes place at Donington Park GP circuit in two weeks’ time.