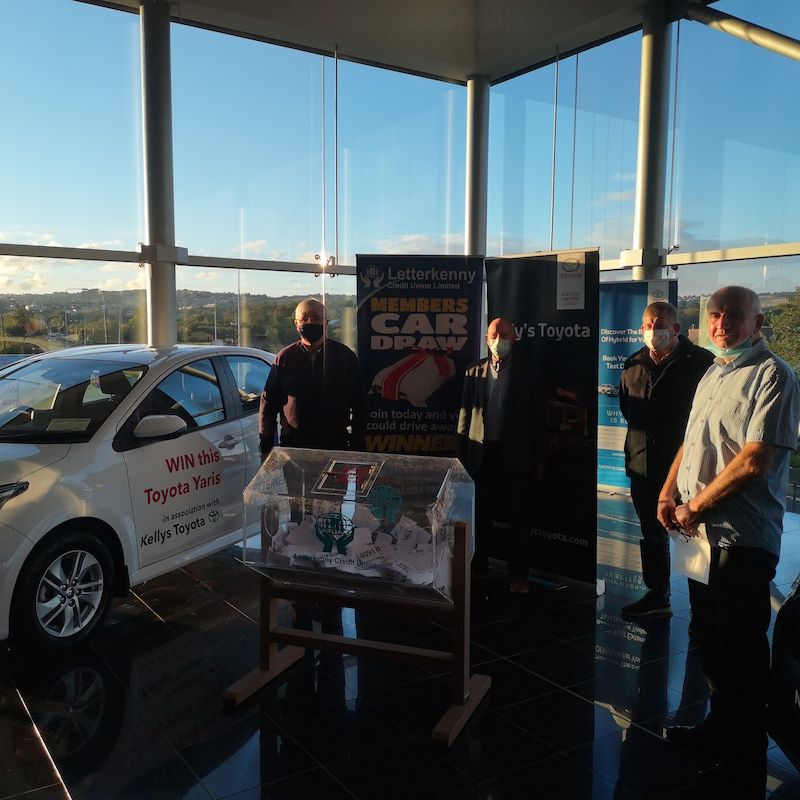 Letterkenny Credit Union held its members’ car draw this evening with two amazing Toyota Yaris cars to give away.

The draw took place at Kelly’s Toyota on the Port Road.

MC for the evening was Charlie Collins and the live draw was covered on Donegal Daily’s Facebook feed which is followed by more than 102,000 people.

The two lucky winners of the Toyota Yaris cars were Anne Boyce from Coolboy in Letterkenny and Brenda Doherty from Knocknamona Park in Letterkenny.

All members of Letterkenny Credit Union can purchase a ticket each year for just €25 and be in with the chance of winning four cars as well as dozens of cash prizes.

The following are the winners in tonight’s cash draw alongside the two amazing cars.

Congratulations to all the winners!