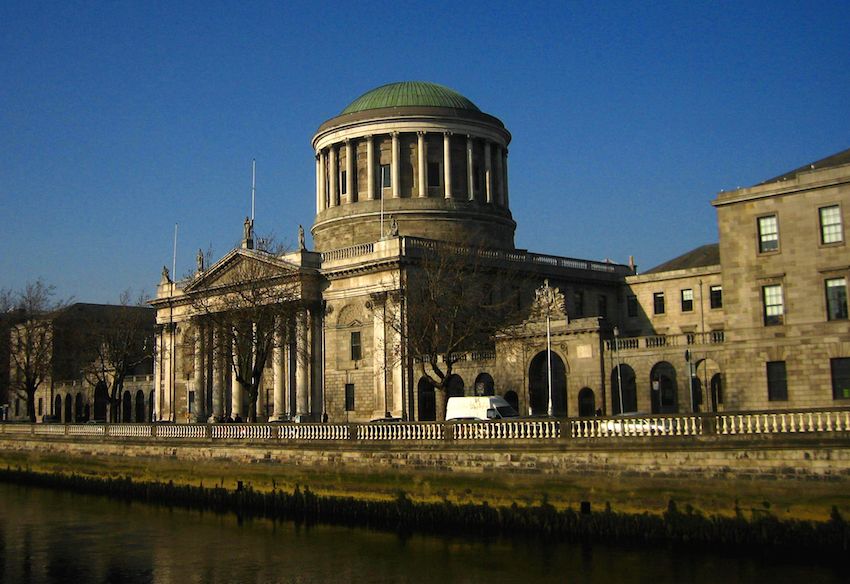 A Donegal woman was left paralysed after a car crashed into hers in a “ferocious collision” on the school run, the High Court heard today.

Sally Crossan, from Lifford, lost the function of all four limbs and was in hospital for 19 months after the accident four years ago.

Her barrister Liam Reidy SC, with Richard Lyons SC instructed by solicitor Pat McMyler, said the mother had dropped her son off at school and was on her way to Letterkenny and taking a turn right when the accident happened.

“It was a ferocious collision and her car was pushed back into the ditch,” counsel told the court.

She was in the vehicle for 35 minutes before being extricated from it by firemen.

Ms Crossan, counsel said suffered profound injuries including to the brain in the accident, but he said it was only later it was realised that for most of 18 months afterwards she had locked-in syndrome.

Her cognition was later found to be intact and she was able to learn and communicate with words.

Creche worker Ms Crossan, aged 57, of Glenfad, Porthall, had sued the driver of the other car Christine Henry, Greenhills, Manorcunnignham, and the Motor Insurers Bureau of Ireland (MIBI) as a result of the accident outside Lifford on February 9, 2016.

It was also claimed the other car was being driven at an excessive speed and there was an alleged failure to maintain control of the vehicle.

It was claimed against the MIBI that the accident was allegedly caused or contributed to by a large amount of oil on the roadway which it was claimed was caused by the actions of an untraced and unidentified motorist.

Mr Justice Kevin Cross was told that it was a distress for the Crossan family that liability continued to be at issue until this week. The case, Mr Reidy SC said, was now before the court for assessment of damages only.

Counsel said it was accepted that Ms Crossan was in no way responsible for the accident.

This afternoon, the judge was told the actions could be consolidated into one and had been settled. A separate action taken by Ms Crossan’s husband John, the court heard, was also settled. The terms of the settlements are confidential.

Opening the case, Liam Reidy SC said Ms Crossan had dropped her son Luke off at secondary school and was making her way to Letterkenny when the accident happened.

Ms Crossan was in hospital for 19 months after the accident and was not allowed home until September 2017. Counsel said she does not have function in any of her limbs and she has to be fed through a tube and needs 24-hour care.

Mr Crossan, he said, had given up his job to look after his wife.

Noting the settlement, Mr Justice Kevin Cross congratulated John Crossan on all he had done up to now in caring for his wife.