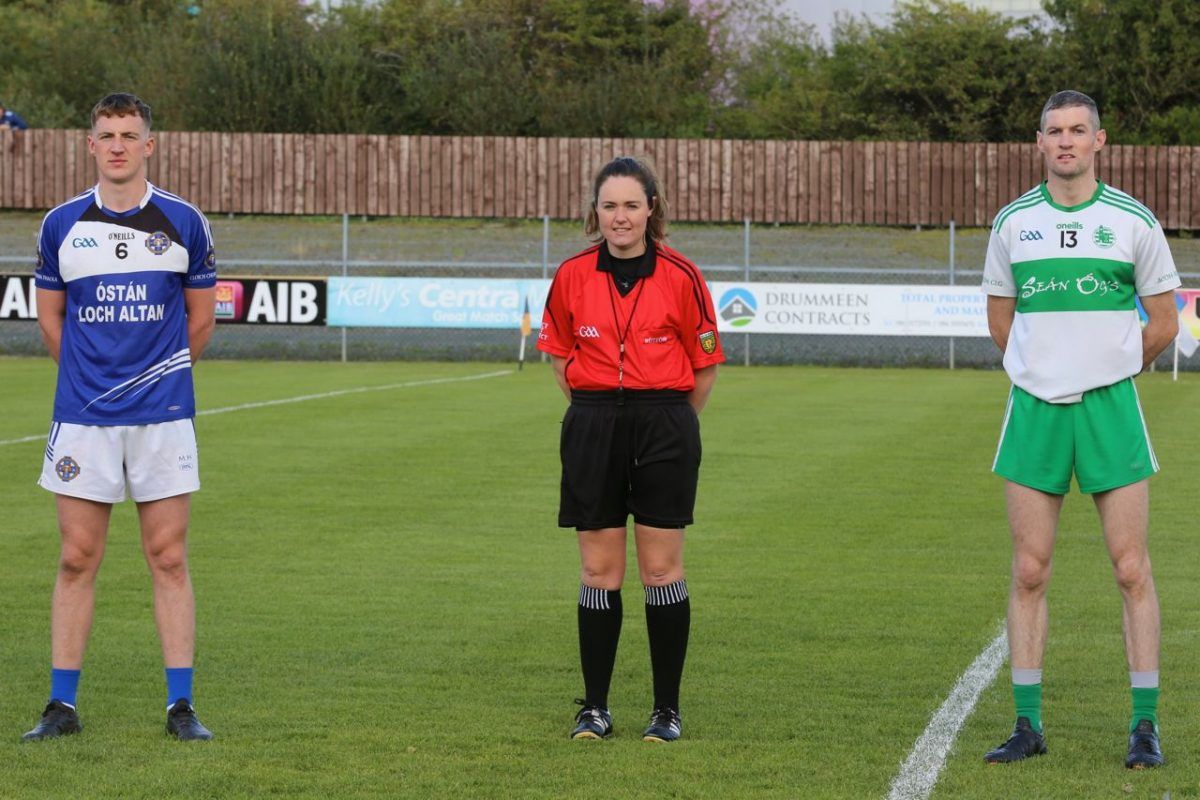 Siobhan Coyle from Gaeil Fhánada made history yesterday when she became the first female referee to take charge of the Donegal IFC final.

Aodh Ruadh ran out winners against Cloughaneely on a 2-14 to 1-12 scoreline at O’Donnell Park in Letterkenny. Donegal County Board chairman Mick McGrath paid tribute to her performance afterwards.

Siobhan, a primary school teacher from Baile Thiarnáin has already given nine years of service on the refereeing circuit. She took up refereeing back at a time when a the call from the club came looking for new recruits. She decided to do the course to see how it went, and she hasn’t looked back since.

Big occasions have presented themselves in the past number of years, with the county senior ladies final a few weeks back being the latest, a game she also took charge of back in 2017. She refereed the All Ireland Junior Ladies club final last year, while she was linesperson in the All Ireland Senior Ladies finals in 2017 and 2019.

Opportunities to travel abroad have also come Siobhan’s way, as she travelled to Buffalo in New York in 2017 to referee in the CYC’s, and then to Kuala Lumpur last year to officiate at the Asian Games.

As an administrator, she is currently the ladies board registrar in the club, while she held the role of secretary of the Ladies County Board for several years.

She has stepped away from the playing side this year to focus on refereeing, but was part of the successful Ladies sides in the club over the past number of years who picked up the Junior B Championship, Shield and Junior Gaeltacht Championship in 2016, and the Junior A title in 2018, while she spent plenty years coaching underage teams at club level as well.

Incidentally, this is the second year in a row Gaeil Fhánada have had a whistler take charge of the Intermediate Final, following on from Mark Dorrian last season.

Mark also has another big occasion ahead of him, taking charge of the Donegal SFC final between Kilcar and Naomh Conaill, which is now penciled in for Wednesday, October 7.