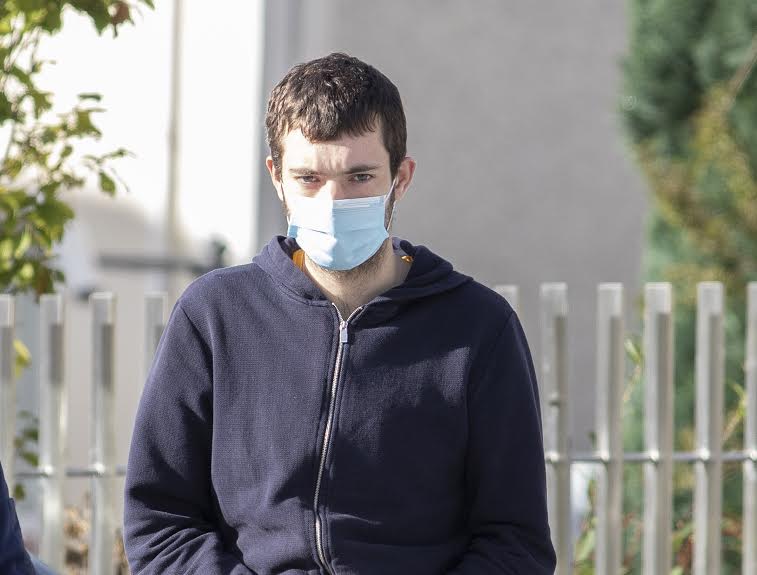 A DONEGAL man who was in an alleged breach of a protection order at his mother’s home has appeared in court.

Ciaran Hughes (24), with no fixed abode, was before Letterkenny District Court charged with contravening a protection order at Thornberry, Letterkenny on September 24, 2020.

Gardaí received a report at 8.30am and arrived a short time later.

After being cautioned, Hughes made no reply. When later charged, Hughes told Gardaí: “I wanted my dole card.”

Garda McGee said that Gardaí were objecting to bail on the basis that Hughes had, in bail conditions laid down by the Court last week, been ordered to stay away from the address in Thornberry and be contactable by telephone at all times. Gardaí tried contacting Hughes and his phone was off and upon arresting the defendant his phone was also off.

Garda McGee said there had been ‘a number of previous incidents’.

“He has no money or follow up,” Mr Dillon said.

“He is in receipt of benefit, which is paid to the Post Office in Greencastle. He needs his card in order to change that.”

Garda McGee said that Hughes’ mother woke to him banging on the door and she asked him to leave on a number of occasions and it was her understanding that she was to collect the payment and leave it for collection in Letterkenny.

Mr Dillon said: “He was anxious and hungry and desperate times mean desperate measures. She is still the go-to person to make things happen in his life. He is dependent on her and so we arrive at this difficulty today. The only reason that he was there was to get his dole card.”

Mr Dillon said his client had sourced an address at Fortwell, Letterkenny, but needed his payment in order to activate the new address.

Gardaí said that Hughes ‘caused no difficulty’ upon their arrival at the scene.

Gardaí outlined that Hughes’ was on her way to Greencastle to collect the payment.

“That woman is a saint,” remarked Judge Paul Kelly.

Mr Dillon said the episode was a ‘hiccup’ on his client’s behalf. “You don’t think when you should, sometimes,” he said.

Hughes told the court that he would now abide by ‘everything you ask’. “All I needed was my dole card and it won’t happen again,” Hughes said.

“This isn’t the first time that this version of events has arisen. It’s is never ending,” Judge Kelly said. “I told him in the mod explicit terms to stay away from Thornberry. He is causing his mother no end of grief. Prison is not the place for this young fellow, but there aren’t many options.”

Judge Kelly granted bail and ordered Hughes not to enter the Thornberry estate.