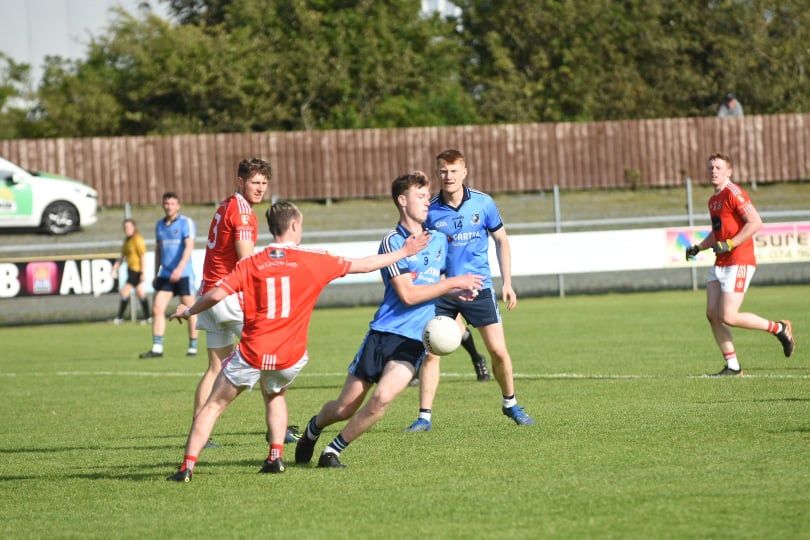 DUNGLOE’S lengthy tenure in the Donegal SFC came to an end when they were defeated by Milford at O’Donnell Park this afternoon in the relegation play-off.

The Rosses club were IFC winners in 1986 and have been in the senior ranks since the following year. But in 2021, they’ll be replaced by Aodh Ruadh, who yesterday won the IFC title.

A goal from Rory O’Donnell meant a first victory for Milford in 54 weeks and they maintained their composure to preserve their status when they needed the victory most.

It’s been a tough year but when they needed the likes of O’Donnell, Kane Barrett and Cathal McGettigan they delivered, while Dungloe didn’t have enough firepower to score enough to win the match.

Having lost six championship outings on the bounce, Dungloe can have few complaints.

Although Caolan Ward of Dungloe opened the scoring, points from O’Donnell and then a Cathal McGettigan free got Milford ahead by the 12th minute.

Shaun Gallagher in the Milford goal did well to parry a powerful shot from Mark Curran and 23 minutes in, McGettigan popped over his second free to give Milford reward for their possession majority.

Noel McBride, though, pulled one back from a free and Caolan Ward’s second point, from a similarly uncompromising angle, leveled it up at 0-3 to 0-3. Milford finished the half with aplomb, with O’Donnell netting having played a give-and-go with Ronan Docherty and shooting under Danny Rodgers. Milford were 1-3 to 0-3 up at half-time.

Ronan Docherty scored a fine point at the outset of part two for a four-point Milford lead.

When Kane Barrett marked to score and then added another from play, it had the look of a contest that would only be revigorated by a Dungloe goal. This, at a time, when their shooting had gotten considerably wayward.

Catahal McGettigan and Mark Curran traded scores, so with seven to play it was 1-9 to 0-7 for Milford.

Pauric Curley then missed a chance with the goal yawning in front of him when Kane Barrett put it on a plate.

In injury time, Milford broke from their shell and Ryan McMahon got through with a chance to put it to bed. Going for goal, his shot was well-saved by Rodgers, although Kane Barrett put the 45 over, followed by another free moments later.

It was enough. More than enough. Milford had done enough.

Milford come good to seal survival as Dungloe’s long spell in the senior bracket comes to an end was last modified: September 27th, 2020 by Alan Foley