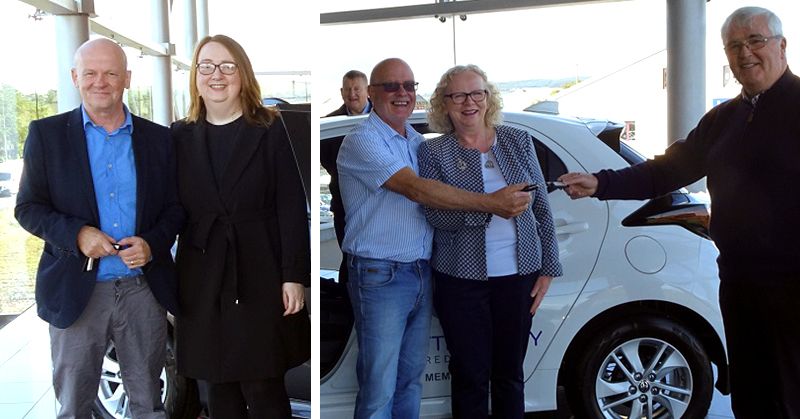 We could think of worst things to do on a Monday morning!

That’s because their most important task of the day was to collect the keys to their brand new Toyota Yaris cars.

Both were delighted with their prizes which were presented to them by Ivor Mc Cracken of Kelly’s Toyota on the Port Road.

As well as the two cars, there were lots and lots of cash prizes given out in last week’s draw.

Tickets, which cost €25, can be obtained by contacting Letterkenny Credit Union for what is probably the best value ticket in town.

Well done to all the winners listed below!