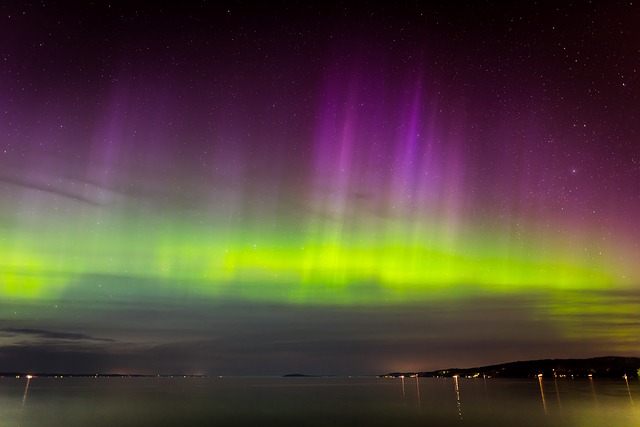 Northern Lights chasers get ready for sightings over Donegal

Donegal’s Northern Lights enthusiasts will have their eyes to the sky as hopes rise for an Aurora show.

The amazing natural phenomenon could make an appearance over the coming days due to a geomagnetic storm.

A solar wind stream heading for Earth could spark the strongest geomagnetic storm in more than a year, according to Astronomy Ireland.

If conditions are right, Donegal stargazers could be treated to a Northern Lights show this Monday, Tuesday or Wednesday.

Donegal has witnessed some of Ireland’s most spectacular shows over the years, and with aurora lights already dancing around the Arctic Circle, there are hopes that they will appear again this week.

Tuesday night is the most likely night where conditions may cause the Aurora, according to David Moore of Astronomy Ireland, but it could be tonight as well.

Donegal’s north coast has the advantage of facing the clear Atlantic and being furthest away from lit-up areas.

“Look for a glow in the north is the tip,” Moore told RTE’s Morning Ireland.

The amazing scenes should be visible to the naked eye as a white glow on the northern horizon if the skies are clear enough and if the moon does not impact views.