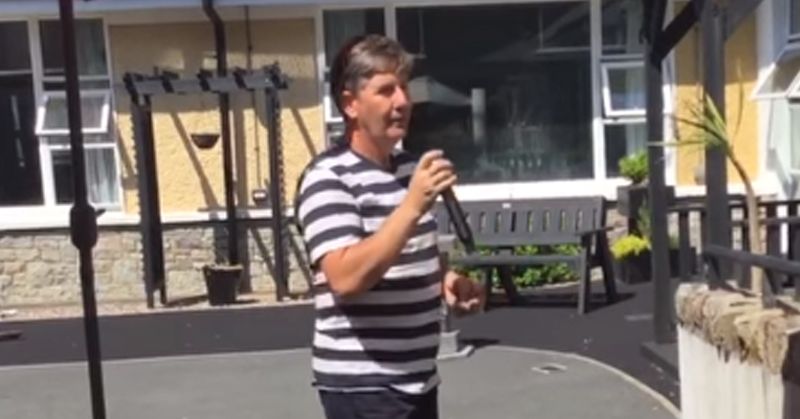 The Kincasslagh man said that while he misses performing live, he feels most concern for younger performers, bands and crew members who have been denied a pay day for their work since March.

He said “It would be nice for the musicians and all that to be able to get the payment until they’re able get back to work.

“I feel more for the younger singers who are just getting their feet on the ground.

“I think a lot of the time people don’t see musicians and the music business as a real job but that’s their job. I’ve never seen it as a job because I love it so much but that’s how they survive. That’s how they raise their families.

“During the pandemic they were the first to stop and the last to recover so I feel for all these people who have no chance of an income. It’s very difficult. I feel for them.”

The 58-year-old singer, who has sold over 10 million records since launching his career in the early eighties, had to cancel his Australian and New Zealand tour in August and a date in Killarney last weekend.

He told RTE “Where is the money going to come from? It’s very hard to do what needs to be done. As long as people would be able to manage and get some money that would be the important thing.”
He was also due to start a UK tour in late October and then head over to the US in November, before returning to Dublin in December.

“The first live we have back is in Killarney next year and we don’t know if that will happen,” he says. “We have to hope that by then we will be able to go back doing the shows, but we don’t know.”

35,000 people in Ireland, from musicians to crew to venue workers, depend on the music industry for their livelihoods and Daniel has added his voice to a growing clamour for government to help the music and arts sector as it struggles during the Covid restrictions

“Because that business has no chance of recovering it would be nice for the musicians and all that to be able to get the payment until they’re able get back to work,” he says.

“But then there’s a lot of people in the same position in hotels whose jobs are stopped. And how is the government going to manage?

“Where is the money going to come from? It’s very hard to do what needs to be done. As long as people would be able to manage and get some money that would be the important thing.”

As he says the only difference between the Derry gig and a normal Daniel show is that fans will be watching it in their own homes and not in a theatre. “We will have to imagine applause.” he says.