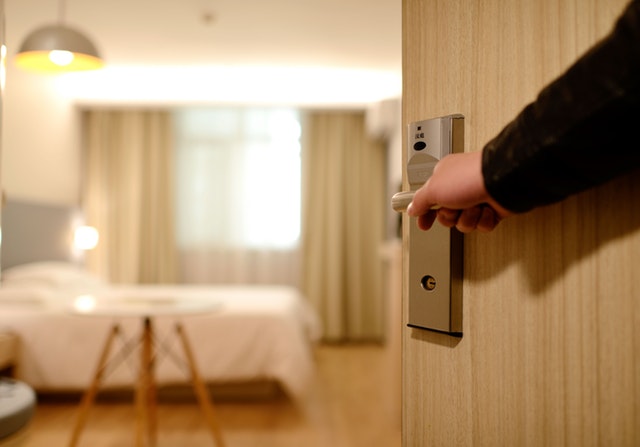 Ireland’s hotel sector is pleading for urgent help from the government ahead of a bleak autumn and winter season.

Hotel occupancy rates in Ireland are at their lowest point in history, according to Savills Ireland.

Room bookings plummeted this month since the Government laid out plans for restrictions.

Level Three lockdowns in Dublin and Donegal have led to high cancellation rates and the industry looks set to struggle through October and November with just a fraction of their regular occupancy numbers.

Hotels in the border region (Donegal, Sligo, Leitrim, Cavan, Monaghan) are facing occupancy rates of 31% in October 2020 and 14% in November.  This is compared with national rates of 81 % last October and 82% last November.

The Irish Hotels Federation (IHF) said an estimated 100,000 of tourism jobs of these have been lost so far this year and a further 100,000 are at immediate risk without substantial sector specific supports being put in place.

IHF President Elaina Fitzgerald Kane said: “It is now ‘make or break’ time. Urgent and unprecedented intervention from the Government is required to support tourism businesses and safeguard thousands of jobs throughout the sector. This must form a central plank of the Budget due to be announced next month.”

“This situation is nothing short of disastrous for our sector with serious implications for the tourism industry and wider economy. We are calling on the Government to implement sector specific measures as a matter of urgency. These should include enhanced employment subsidies, a reduction in tourism VAT, extended waiver of local authority rates and greater access to banking finance.”

In the midst of restrictions, hotels have suffered a dramatic reduction in business, resulting in operators offering significant discounts in order to boost business. The average daily rate for a stay in a five star Dublin hotel is now €250, compared to €400 last September/October.

“Hotel occupancy rates are at their lowest point in history, so it’s no surprise that there are amazing deals to be had. However, in the long-run, operating at this level is not commercially viable, therefore – assuming 2021 brings some level of normality back to the tourism and hospitality sector – prices will recover, but it could take a few years to return to pre-Covid room rates.”