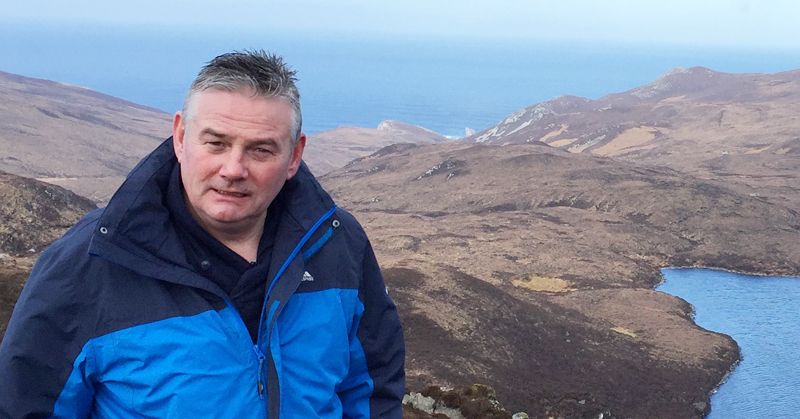 A fascinating exploration of art and history in the Donegal Gaeltacht will be unveiled in a documentary on TG4 this month.

Ar Lorg Annie, which will air on TG4 on Wednesday 7th October at 9:30pm, will follow investigative journalist Kevin Magee in search of the lost Irish paintings of controversial American artist Rockwell Kent.

Driven by his curiosity about a reproduction picture hanging in a pub in Glencolmcille, Co Donegal, Magee set out to uncover a tale of romance and political intrigue, and reveal how iconic Donegal images became scattered across the globe.

Ar Lorg Annie is a Macha Media Production made with the support of Northern Ireland Screen’s Irish Language Broadcast Fund. The documentary originally aired in 2018, but this week will be a special chance for viewers who missed out.

In 1926, Rockwell Kent spent four months in the Donegal Gaeltacht, but he painted 36 paintings there and made lifelong friends, including Annie McGinley (the subject of the pub picture), her family and their nearest neighbour, sheep farmer Dan Ward.

In the 1950s, Kent wanted to return to Ireland, to buy 1000 acres of mountain land and work from there part of the year. But international politics, in particular the anti-communist campaign of US Senator Joseph McCarthy (Kent was often denounced for having voted as a socialist and being affiliated with many causes espoused by communists), prevented him returning to Ireland for many years. By then it was too late.

An investigations correspondent with BBC News NI, Kevin used his journalistic skills to uncover the whereabouts of the paintings, and travelled to New York and St Petersburg to find the most famous works from Kent’s Irish collection, such as Annie McGinley and Dan Ward’s Stack. 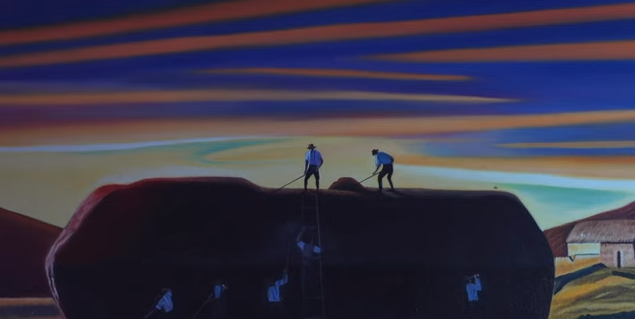 He said: “The instant I saw copies of some of Rockwell Kent’s Irish paintings I was hooked. At one time Kent was a household name in the United States but very little was known about the time he spent working in the Donegal Gaeltacht and I wanted to change that, and uncover and tell his story.

“His Donegal paintings are spectacular, and in the film they are brought to a local audience for the first time. When I started out I didn’t realise my search would bring me to galleries and private collections across the world.”

In the programme, Kevin discovers that the people and landscape of Glencolmcille, Glenlough and Port, made a deep impression on the American artist, and like Kent himself, he returns to the Donegal Gaeltacht to find out what happened to the people Kent painted and hear accounts from their living relatives.

In particular, he goes in search of Annie McGinley, whom Kent painted on the cliffs of Donegal. Who was she? Does she have any family alive today? What can they tell us about the relationship between Annie and the artist?

While ostensibly looking for the lost Irish paintings, Kevin finds much more than beautiful images of the rugged Irish landscape. He discovers lifelong friendships and a love affair with Donegal and its people that survived international intrigue and the Cold War.

Kevin adds: “As well as finding the paintings, I wanted to tell the stories of the local native Irish speakers who appeared in his pictures.

“In spite of everything that happened to Kent, he never forgot Donegal or its people, and more than 30 years after his first visit he returned there searching for Annie.