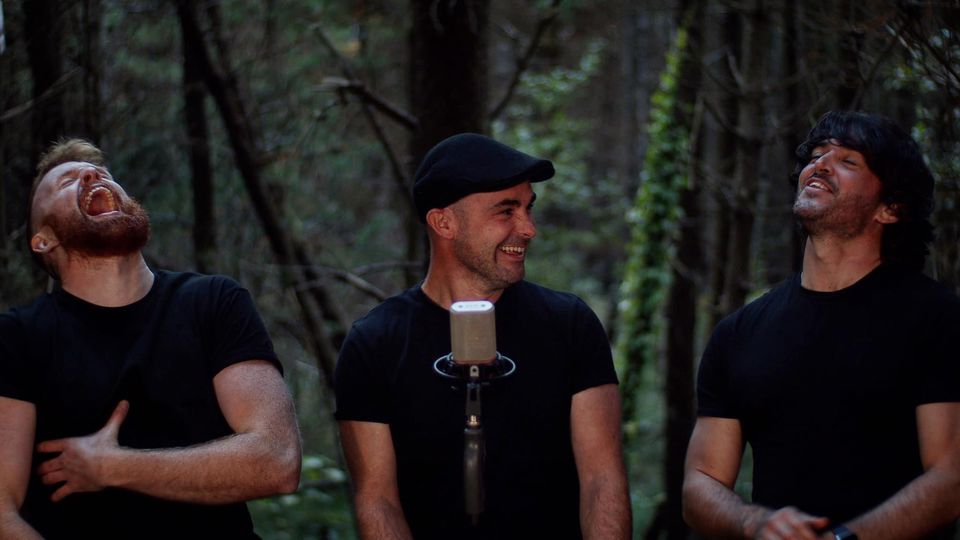 A STUNNING rendition of The Auld Triangle by three Donegal singers and made in a Donegal forest has gone viral around the world.

The singers are Tom McHugh from Inver, Deane Connaghan from Mountcharles and Diarmaid McGee from Ballintra and the guitar backing is from Declan Gaughan from Frosses.

Filming took around nine hours in Murvagh Forest and some 150 hours were put into the entire production.

The piece was ‘filmed as darkness fell in the forest’ on Thursday, September 24.

One person commenting on YouTube said this version of the Irish ballad ‘reaches the depths of the soul’.