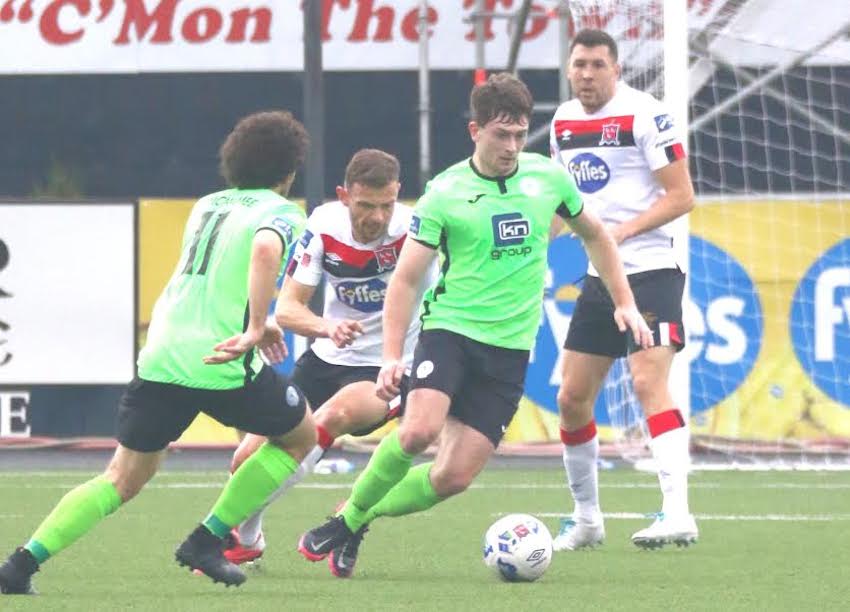 FOR the folks watching from the Italian town of Apecchio, their first League of Ireland experience will have been a bit of an anti-climax but for Finn Harps this away point at Dundalk represents a massive boost to their hopes of Premier Division survival.

A scoreless draw at the defending champions – who are bound for some big European ties in the coming weeks – moves Ollie Horgan’s Harps two points ahead of bottom side Cork City with four games to play.

A 3-1 win over Faroese side KI Klaksvik on Thursday night saw Dundalk seal a place in the group stage of the Europa League. Premier League Arsenal will be among their opponents after a win that was worth a whopping €3million to the County Louth club.

The success of Filippo Giovagnoli, the Dundalk manager, and his assistant Giuseppe Rossi since their surprise appointment at Oriel Park roused the interest in their home town, Apecchio.

As part of the annual white truffle and craft beer festival, the Dundalk-Harps game was shown, via the WatchLOI platform, on a big screen to the natives of Apecchio, a town on the slopes of Nerone Mount with a population less than that of Ballybofey. 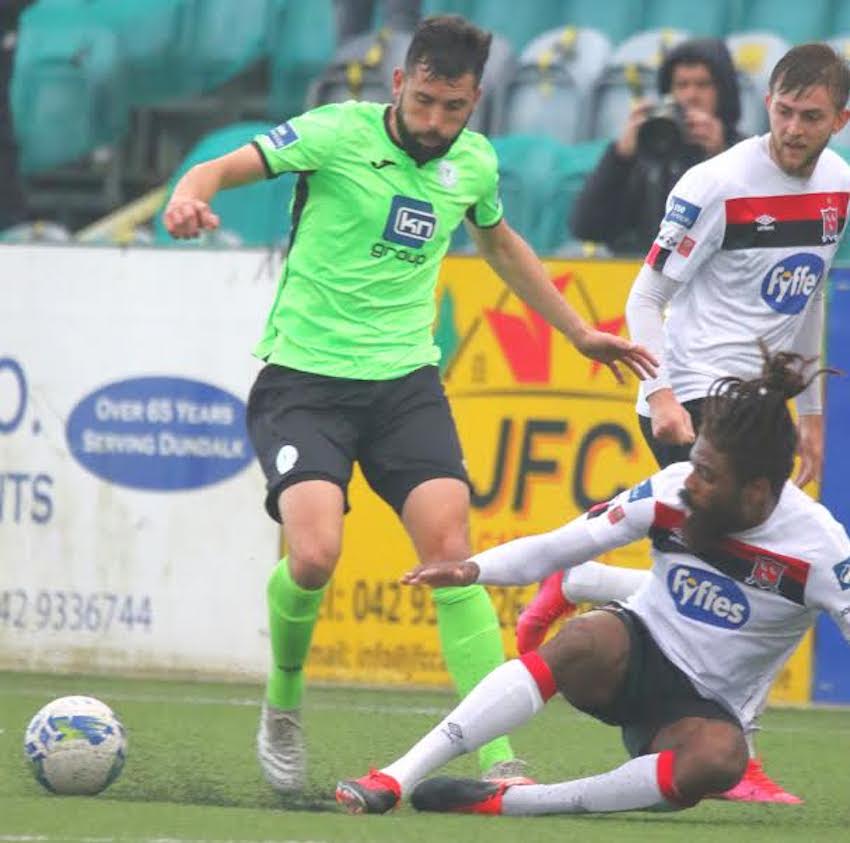 Giovagnoli made sweeping changes to his team, three days after their European success, but just nine minutes into the second half, Dundalk made a triple substitution that outlined their class, with Michael Duffy, Patrick McEleney and Greg Sloggett all introduced.

In the case of McEleney, the change meant that he was put into combat with his older brother, Shane.

Harps hearts were in the mouths when the ball fell invitingly to Michael Duffy with only seconds left on the clock, but the former Kildrum Tigers schoolboy was unable to hit the target.

Patrick McEleney had attempted to catch Mark Anthony McGinley out with an ambitious free kick in the 72nd minute, but is effort was over the top, while Sloggett couldn’t trouble McGinley with a header from a Chris Shields delivery. 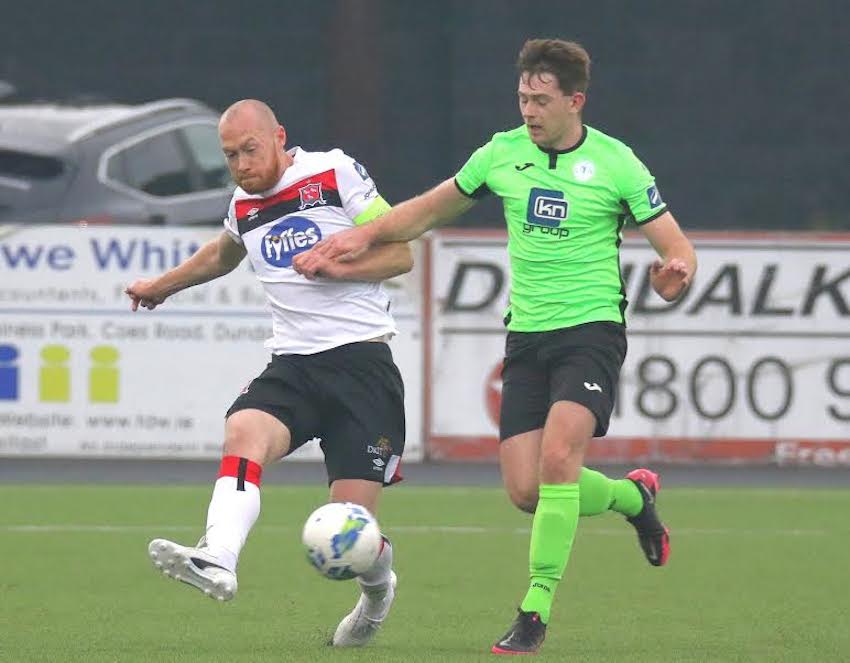 Harps packed their rearguard for the closing stages but there was still time for Barry McNamee to try his luck. A first-time effort, after being teed up by Adam Foley, was routinely saved by Aaron McCarey in the Dundalk goal.

Dundalk made ten changes from Thursday’s big win at the Aviva, with Brian Gartland the sole survivor.

Although Harps began well, the Lilywhites had the better of the chances in the first half and should have been in front after only eight minutes.

Jordan Flores skipped away from Shane McEleney and his cross was turned wide by David McMillan from a glorious position on the edge of the six-yard box. 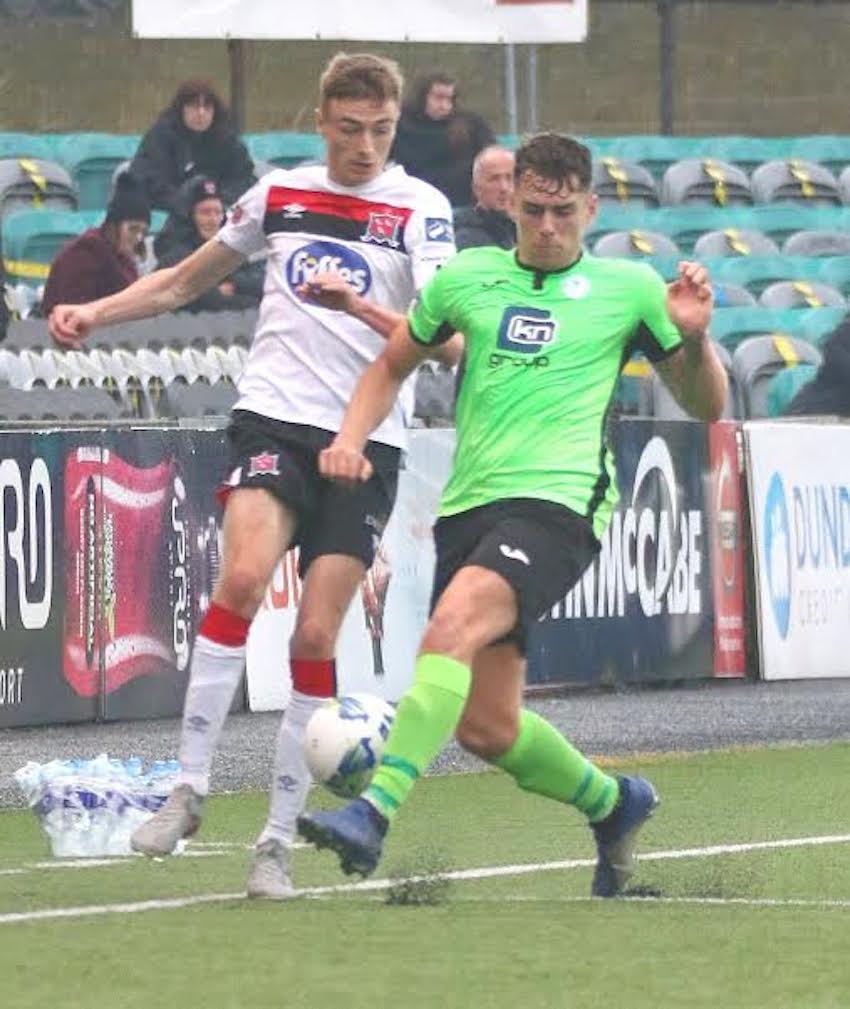 The lively Nathan Oduwa was causing Harps all sorts of trouble and the Londoner was left puzzled when a penalty claim was waved away in added time at the end of the first period. McEleney appeared to have pushed Oduwa to the ground, but referee Paul McLaughlin awarded only a goal kick.

McGinley had saved with his feet from Oduwa in the 40th minute when he managed to worm his way into position.

Oduwa tested McGinley from distance a minute later, but the Harps goalkeeper was equal to the effort.

Winger Oduwa, who had played for both England and Nigeria up to under-23 levels, turned provider, but McGinley got a vital touch with McMillan ready to pounce.

Harps welcomed Dave Webster back from suspension while Gareth Harkin was restored to the starting XI and wore the captain’s armband as Horgan made two changes from last weekend’s 1-1 draw with relegation rivals Cork City. 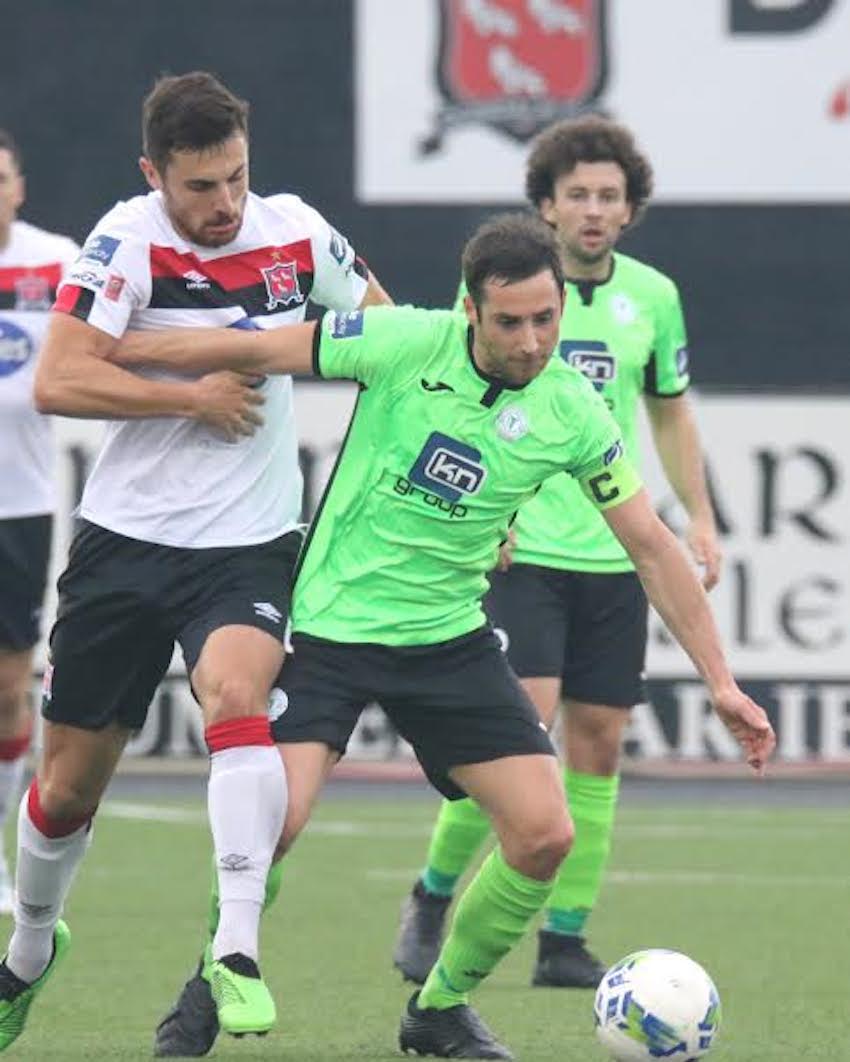 Towering defender Kosovar Sadiki headed over form a Barry McNamee corner kick in the 11th minute while Stephen Folan skied an early free kick as Harps looked to put the hosts on the back foot.

Although Dundalk began to dominate as the half wore on, they couldn’t carve out a breakthrough and not even the introduction of some heavy artillery in the second half conjured up a winner.

For Harps, this could prove a seismic moment in their quest to avoid the relegation quicksands.