JFC winners St Mary’s Convoy are singing in the rain

ST MARY’S CONVOY made light of the miserable conditions to win the Donegal JFC in style against Downings in Ballybofey this afternoon.

Two goals in the first half were massive for St Mary’s, with Paul O’Leary and Packie Mailey netting to give their side a huge 2-6 to 0-2 lead at the interval.

The surroundings were bleak, with Donegal on level 3 and restrictions meaning no supporters, as well as the constant rain and splashes, but St Mary’s were a joy to watch in the circumstances. 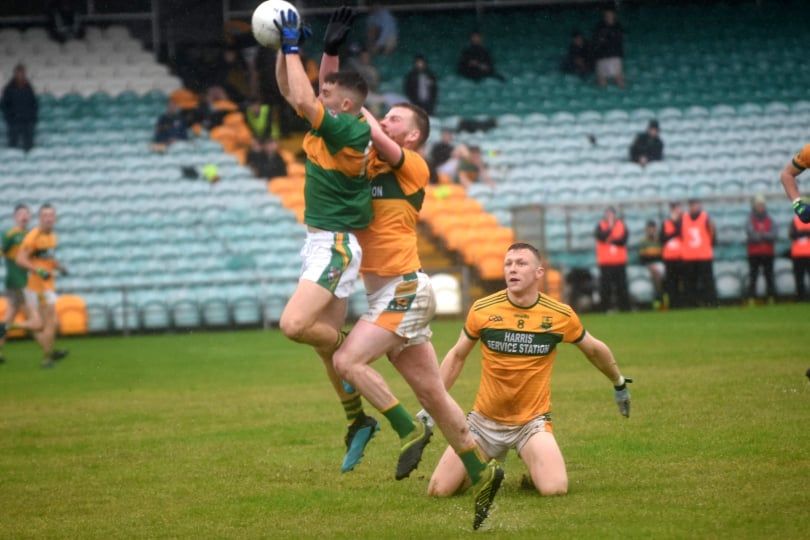 Both teams were awarded penalties late on. Johnny McGroddy and Jospeh McGill both scored, which left the St Mary’s forward with a total of 1-6, matching his 0-9 in the semi-final win over Letterkenny Gaels and thus earning a second man of the match gong in succession.

On what looked like an afternoon for the placed balls, St Mary’s had much the better of the first quarter and finished it 0-4 to 0-1 in front. McGill hit three frees, the third of which was sublime from the ground in front of the near-empty stand.

Downings’ only score in that opening 15 minutes came from a Johnny McGroddy free before Lorcan Connor put over the first score from play of the day on 19 minutes.

Two goals, back to back, on the 19th and 21st minutes, consolidated St Mary’s position. Firstly, O’Leary trundled one past John McGroddy in the Downings goal after John Toye had nipped back possession.

Then, from the next attack, a McGill shot at a point didn’t have the legs and as it faded Packie Mailey – a survivor from the last team from Convoy in 2005 to win the title – was alive to the dip and slapped into the empty net having the won the race against goalkeeper McGroddy. 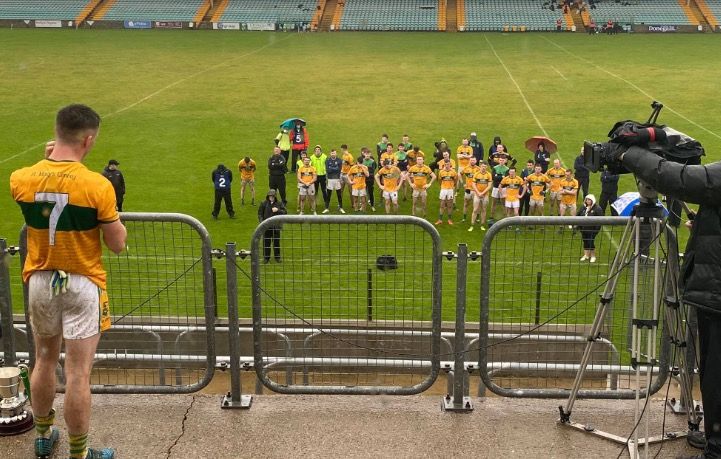 Points from John Toye and another fine McGill free meant St Mary’s were 10 points up at the break.

Keeping the pressure up in part two, McGill won a mark and put it over, before adding another free and Packie Mailey posted a point to add to his goal earlier. At the three-quarter mark, St Mary’s were 2-9 to 0-3 up, and kicked four wides in a row.

In the last minute Downings were awarded a penalty when John A Kee, who avoided the black card, hauled down Gary Ban McClafferty and Johnny McGroddy shot home.

A minute later, St Mary’s substitute Liam Toye was upended at the Town End and McGill scored from the spot.

Downings’ players surely would’ve been looking forward to a warm MacCumhaill Park shower and the high stool and they wouldn’t even be getting that. St Mary’s will be looking forward to normality more than most – whenever that may be, with Division 2 and the Intermediate Championship to look forward to. 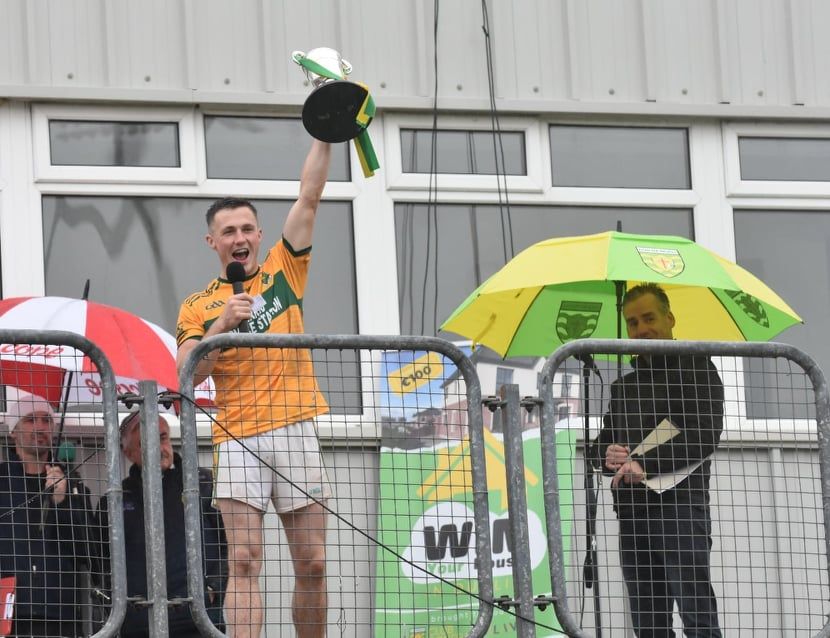