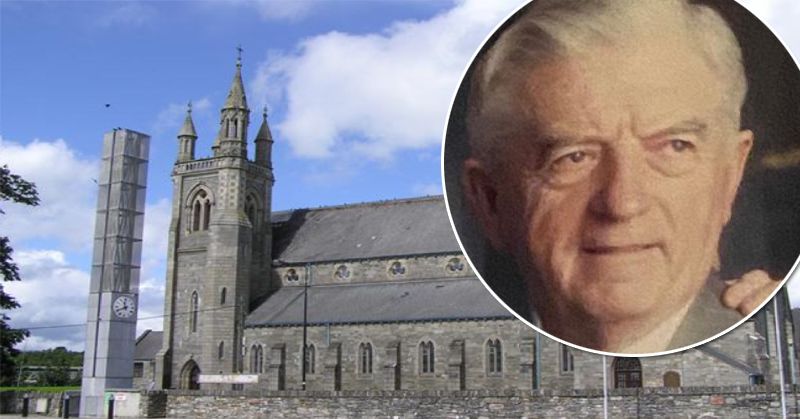 Respected businessman and doctor to be laid to rest today

The twin towns of Ballybofey and Stranorlar are preparing to say farewell to highly respected physician and businessman Dr. Frank Mulrine.

Dr Mulrine, of Rosemount, Donegal Road, Ballybofey passed away peacefully at his home on Thursday.

His Funeral Mass will take place this Sunday morning at Church of Mary Immaculate, Stranorlar.

Dr Mulrine was the former chairman of juice manufacturers, P. Mulrine & Sons, Ballybofey. The company was established in 1919, specialising in soft drinks and bottled beer.

Frank Mulrine worked as a highly respected general practitioner in the Twin Towns area before taking over the drinks company from his father. The company was developed and expanded over the decades and, in 1971, P Mulrines & Sons Sales was established. A new plant was opened on the Donegal Road which offered greater opportunities to the local people for employment with numbers increasing to around 80 people at the site.

P Mulrine & Sons has since grown to have operations in Kildare and Wales, employing over 200 people, all the while remaining a family-owned business headquartered in Donegal.

Many tributes have been paid to Dr Mulrine this week, with one local resident lamenting that his Funeral would have been attended by large numbers, if it were not for the pandemic.

Due to current restrictions, the house and Funeral will be strictly private to family only. The Requiem Mass will be streamed live via the Parish Webcam at https://www.churchservices.tv/stranorlar

Dr Mulrine is predeceased by his late wife Mona and son Frank. He is survived by his daughters Margaret and Anne, son Peter, brother Dan, grandchildren and extended family, neighbours and many friends.

Respected businessman and doctor to be laid to rest today was last modified: October 4th, 2020 by Staff Writer